The small church of Sant'Antonio Abate is located on the western edge of the old city on the square of the same name (on map), it was built in 1330 outside the city wall and was intended for the poor, who did not want to see the local nobility in the Cathedral. The choice of the name also had to do with the target audience. Saint Anthony was a defender of animals and a patron of cattle breeding. In 1440, a gate was built next to the church, which also received the name of Saint Anthony, and is now known as Porta Catania. 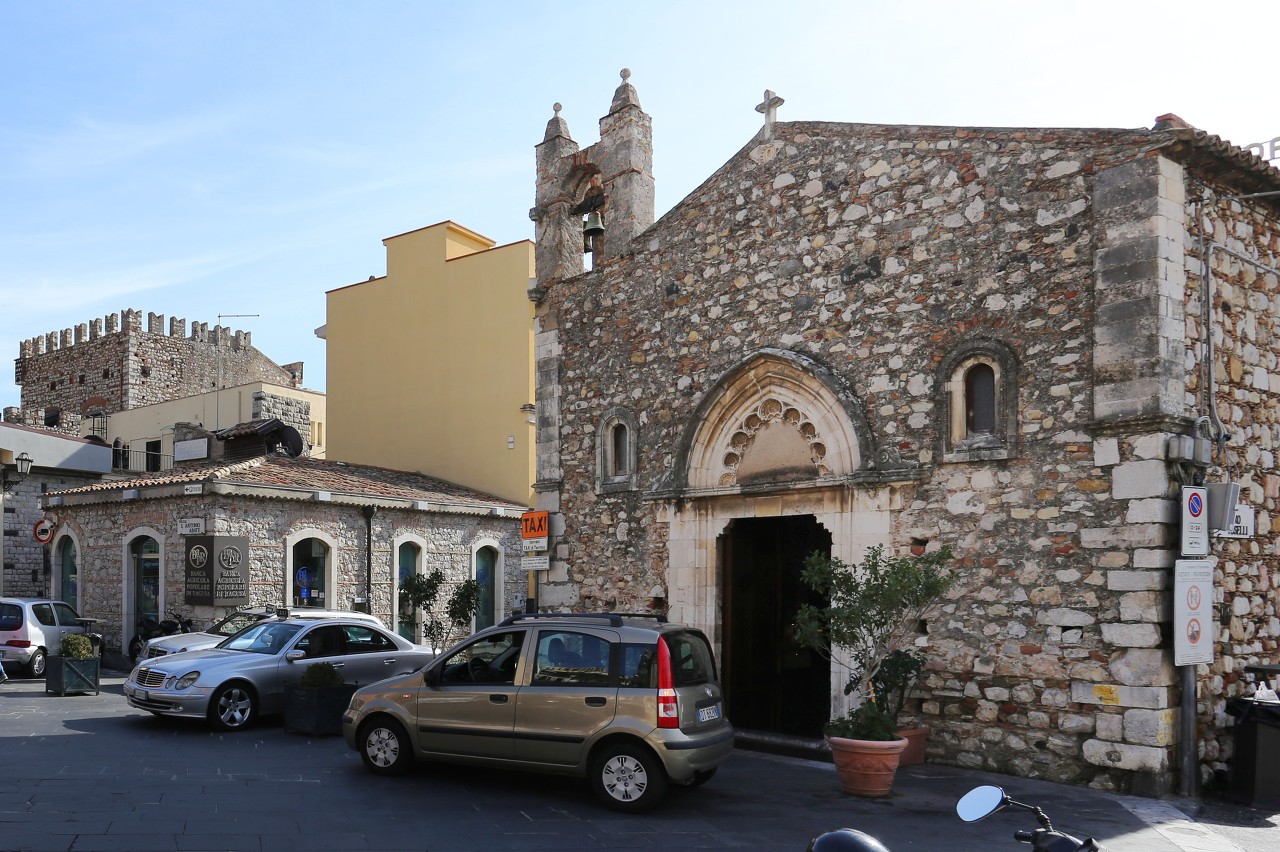 The architecture of the church is simple and modest, it is made of natural stone, the only decoration is the portal of white limestone. Two small Windows on the facade are closed with lead shutters. In 1943, the Church was destroyed by a bomb, but was quickly restored. 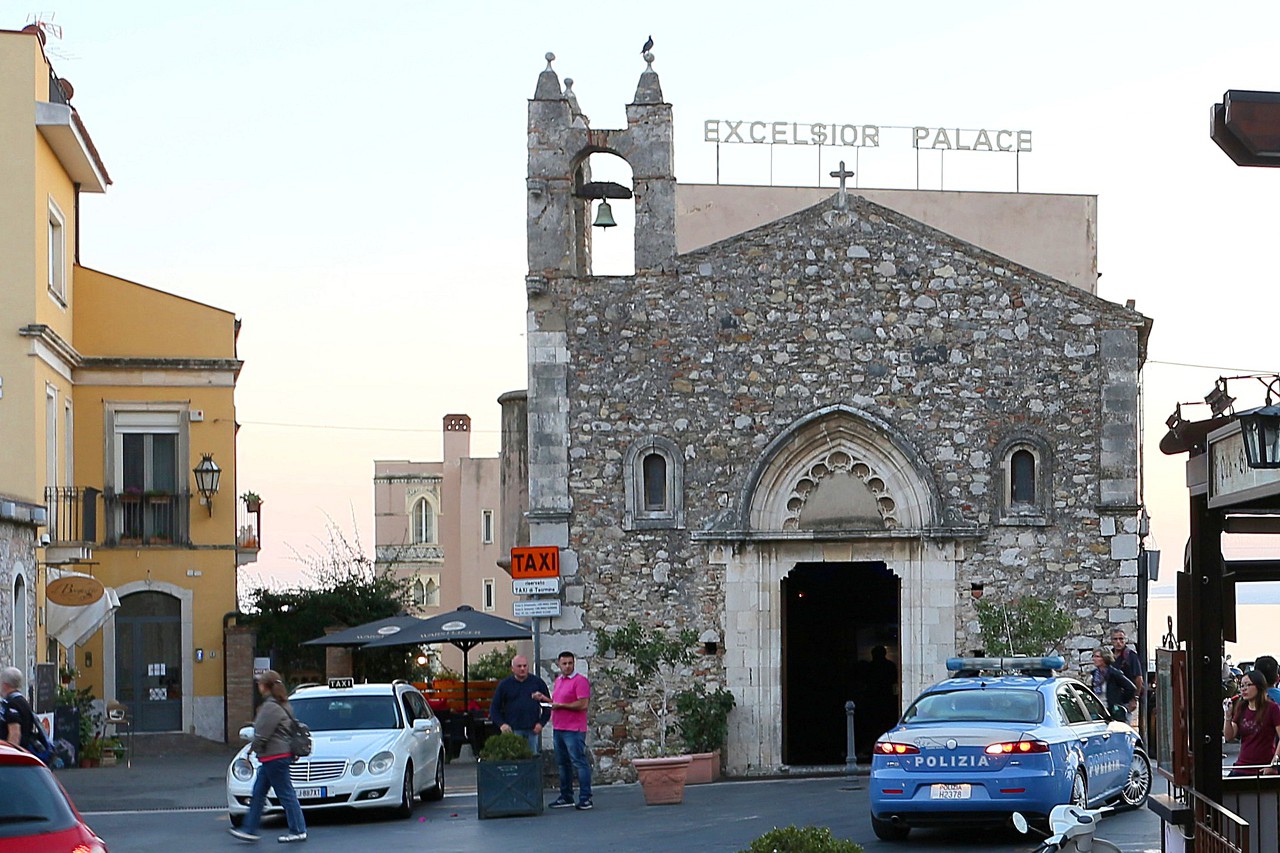 The interior decoration is very modest, there are two small side altars in niches, in the left there is a wooden statue of St. Anthony, the right one is dedicated to the Virgin, on its sides there are two antique columns brought from the ruins of a Roman villa. 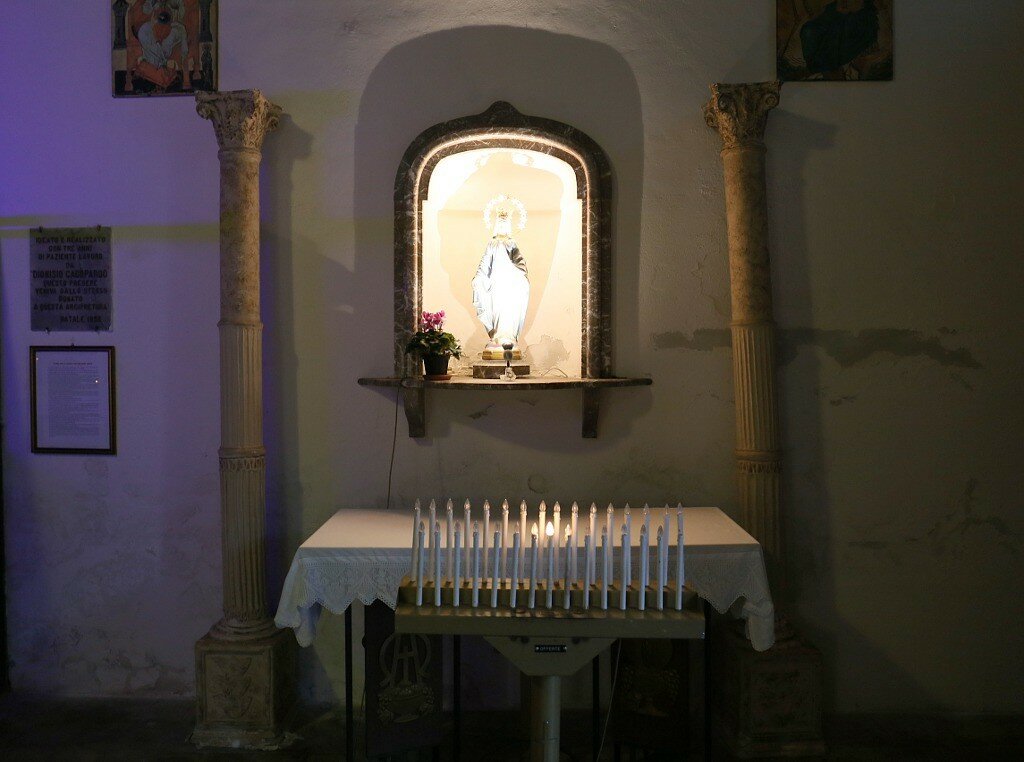 Since 1953, the altar part of the church is occupied by a large Nativity scene, created by Dionysius Cacopardo. 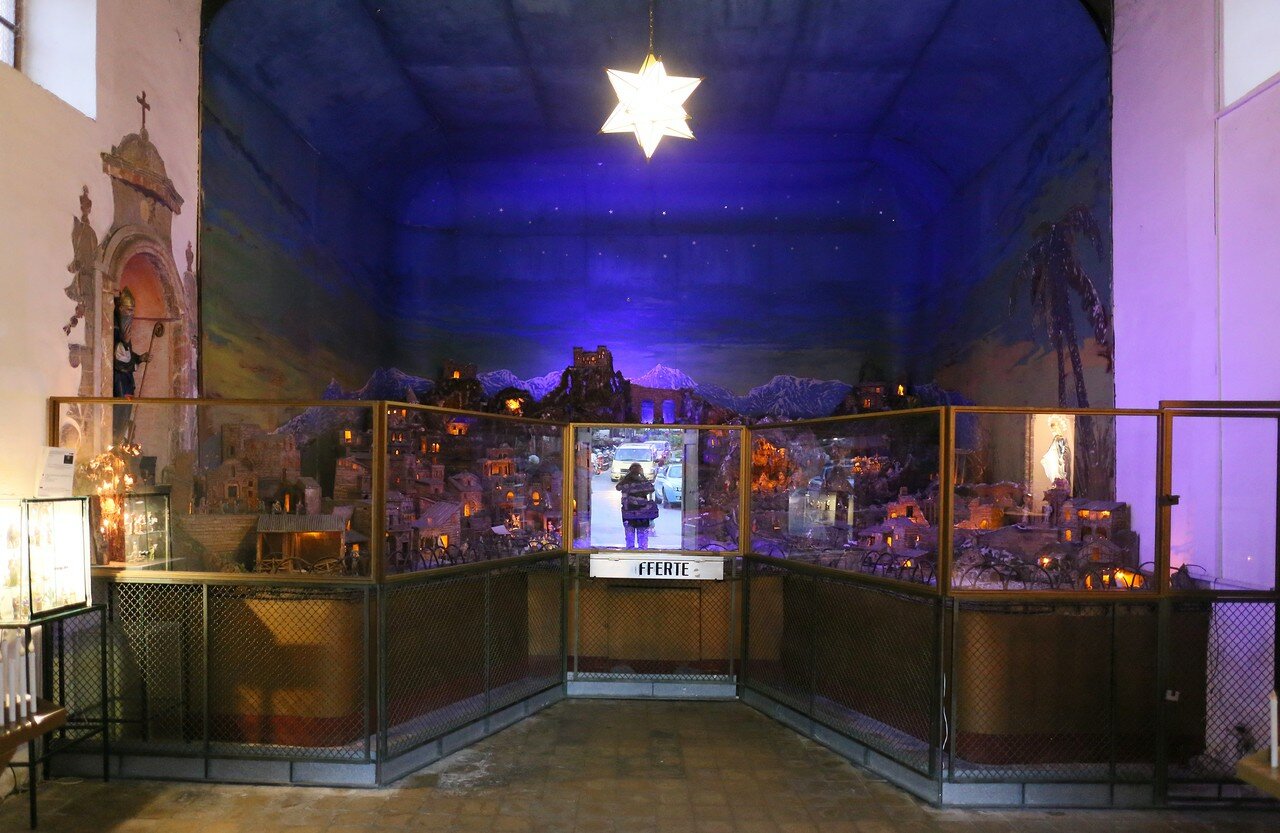 The miniature image of ancient Bethlehem has been recreated with amazing care. 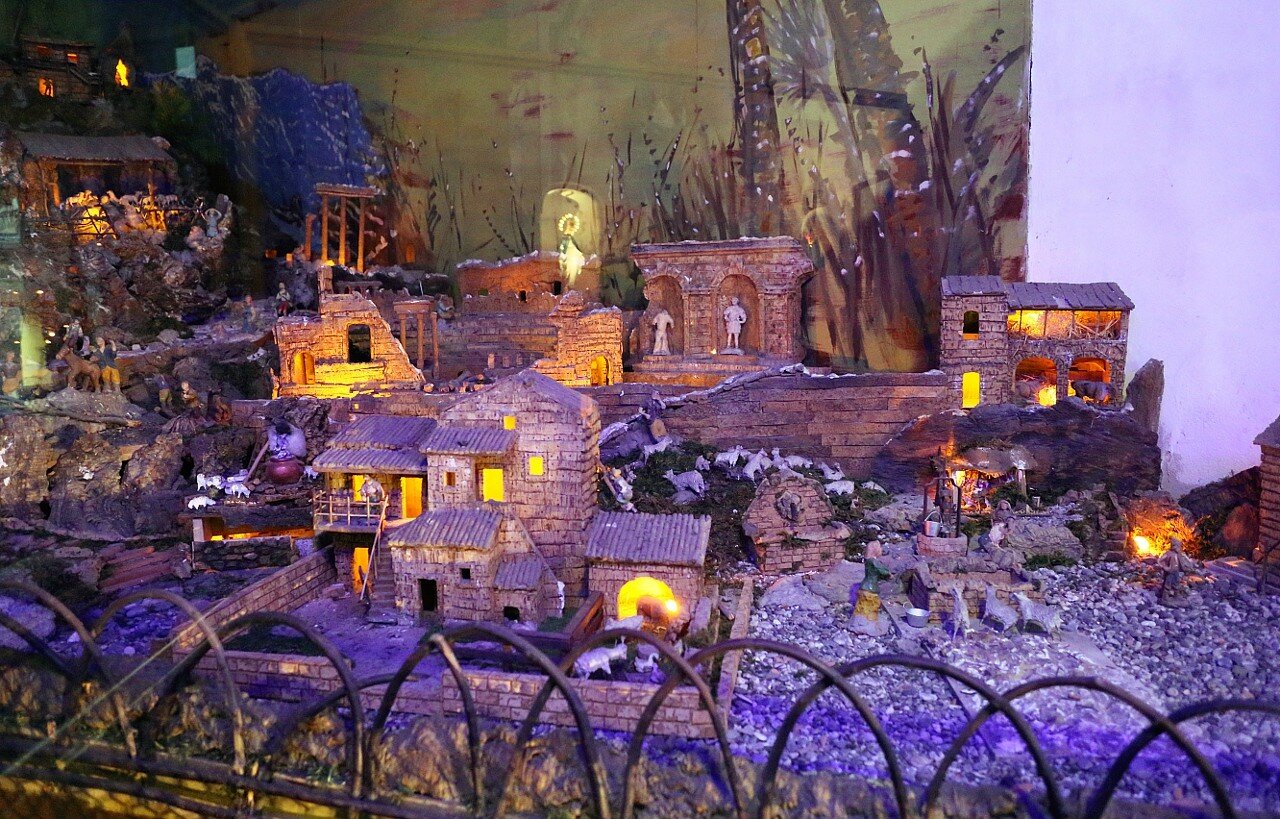 Residential buildings, shops, barnyards, public places. In some buildings you can find ancient objects of Taormina. 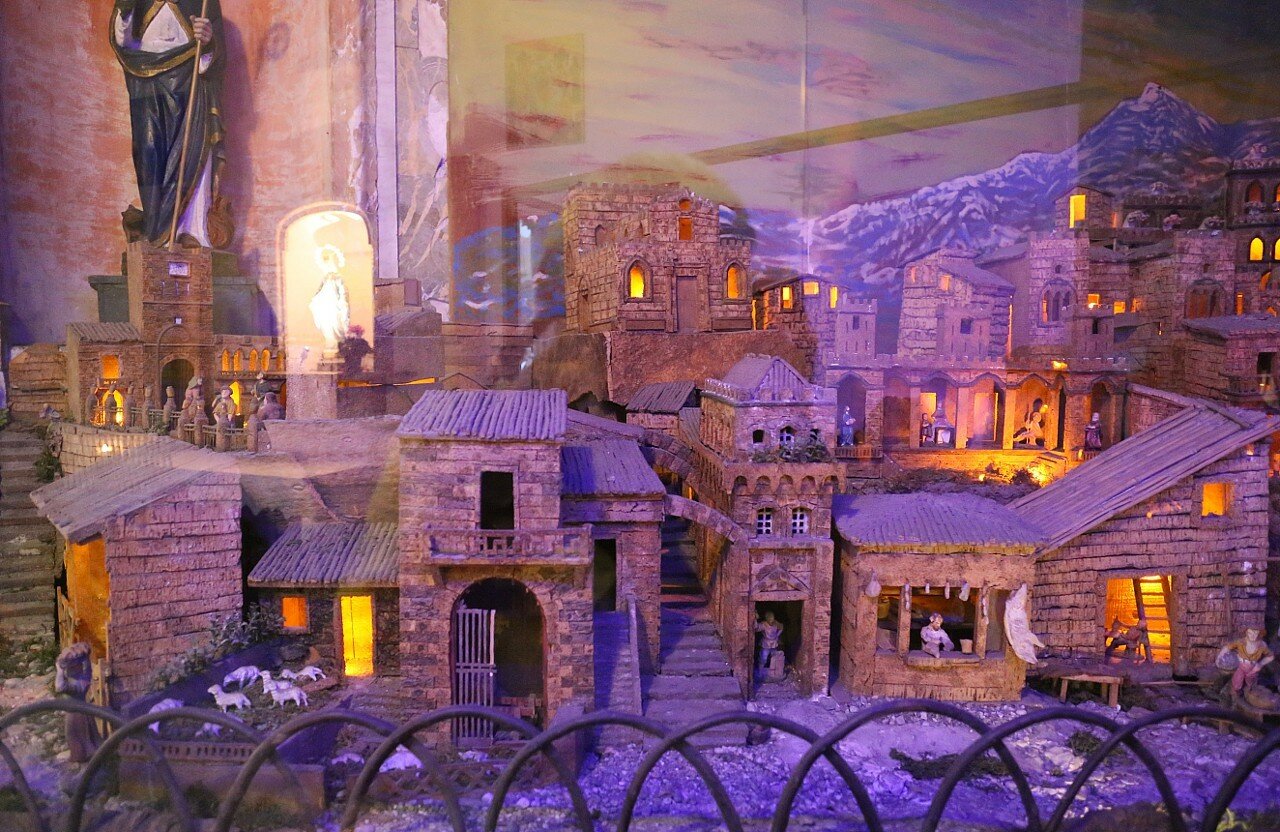 Elegant ceramic figurines depict people and Pets in everyday scenes. on the right, you can see the cave with the Holy family at the time of the visit of the Magi. 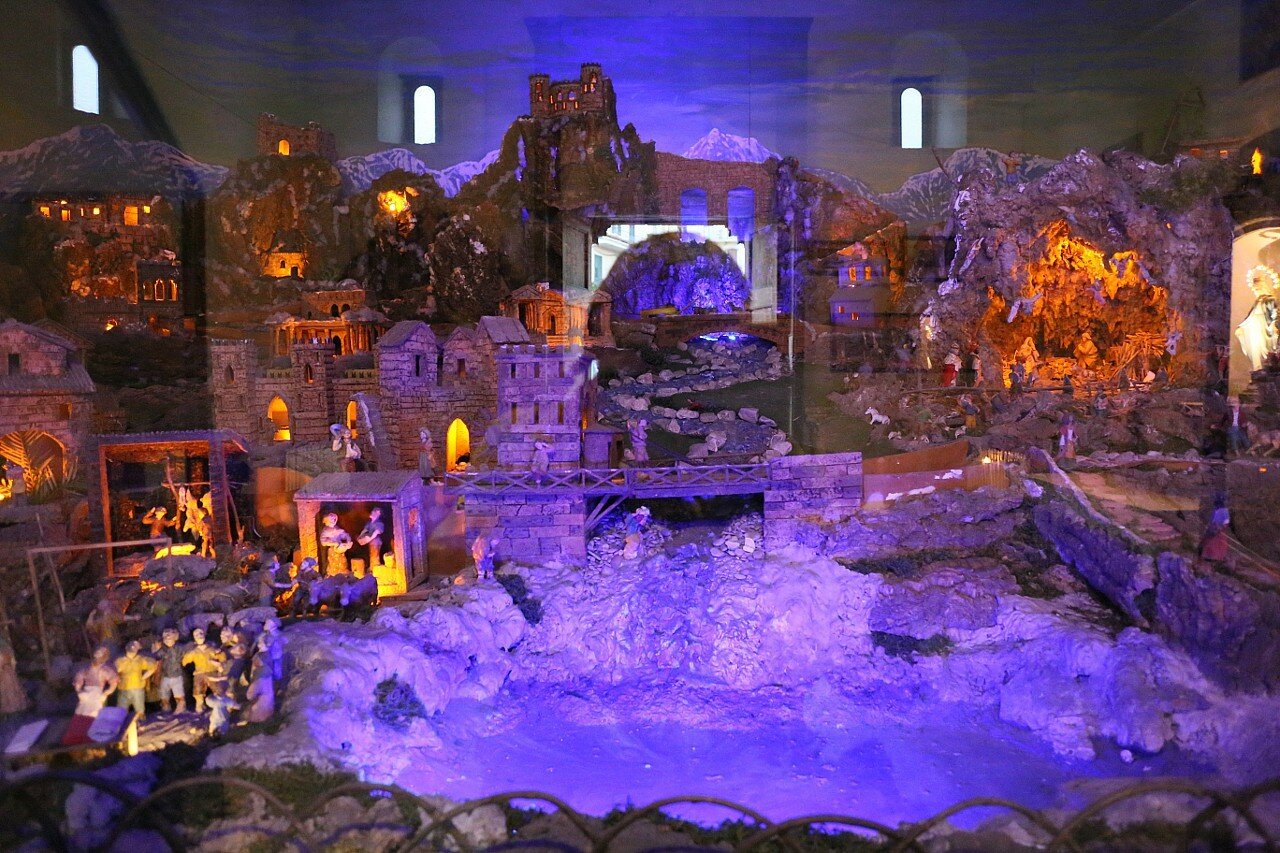