Near a grocery market Ballaro is another trading place. 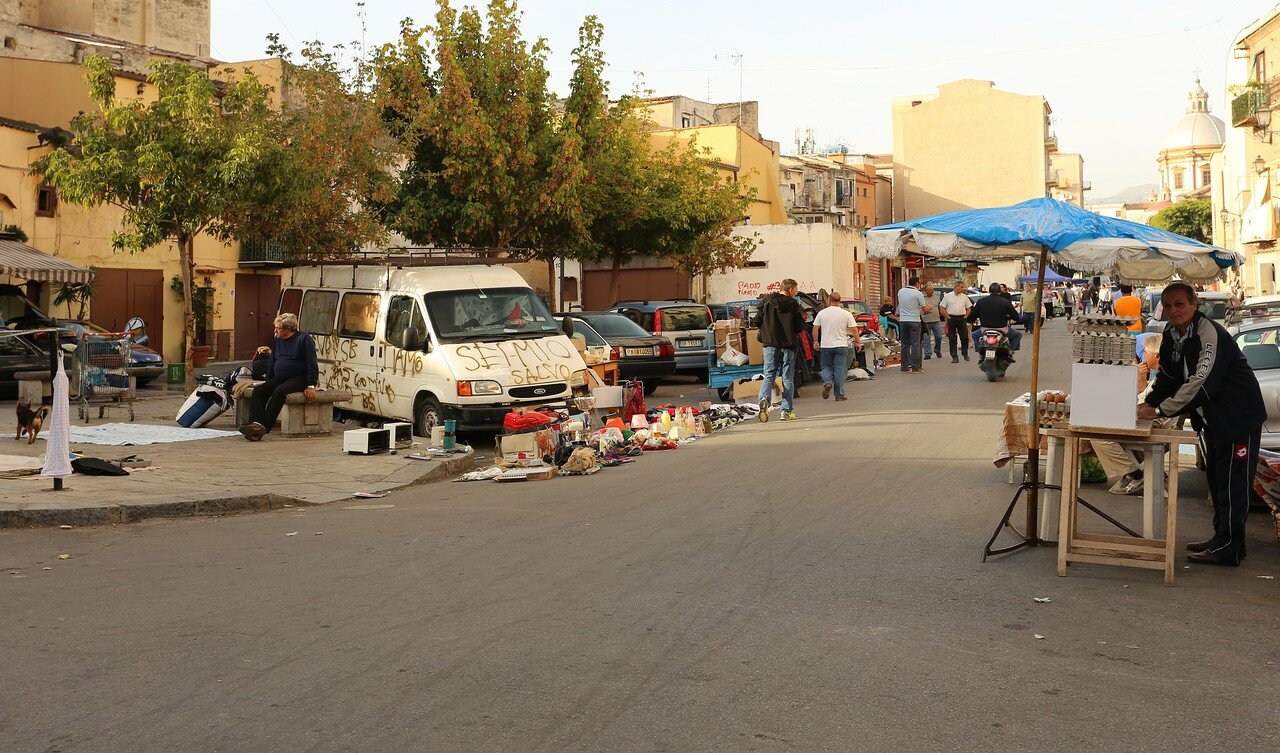 It occupies the Giovanny Graso street between the churches Del Carmine and San Fracesco Severino. 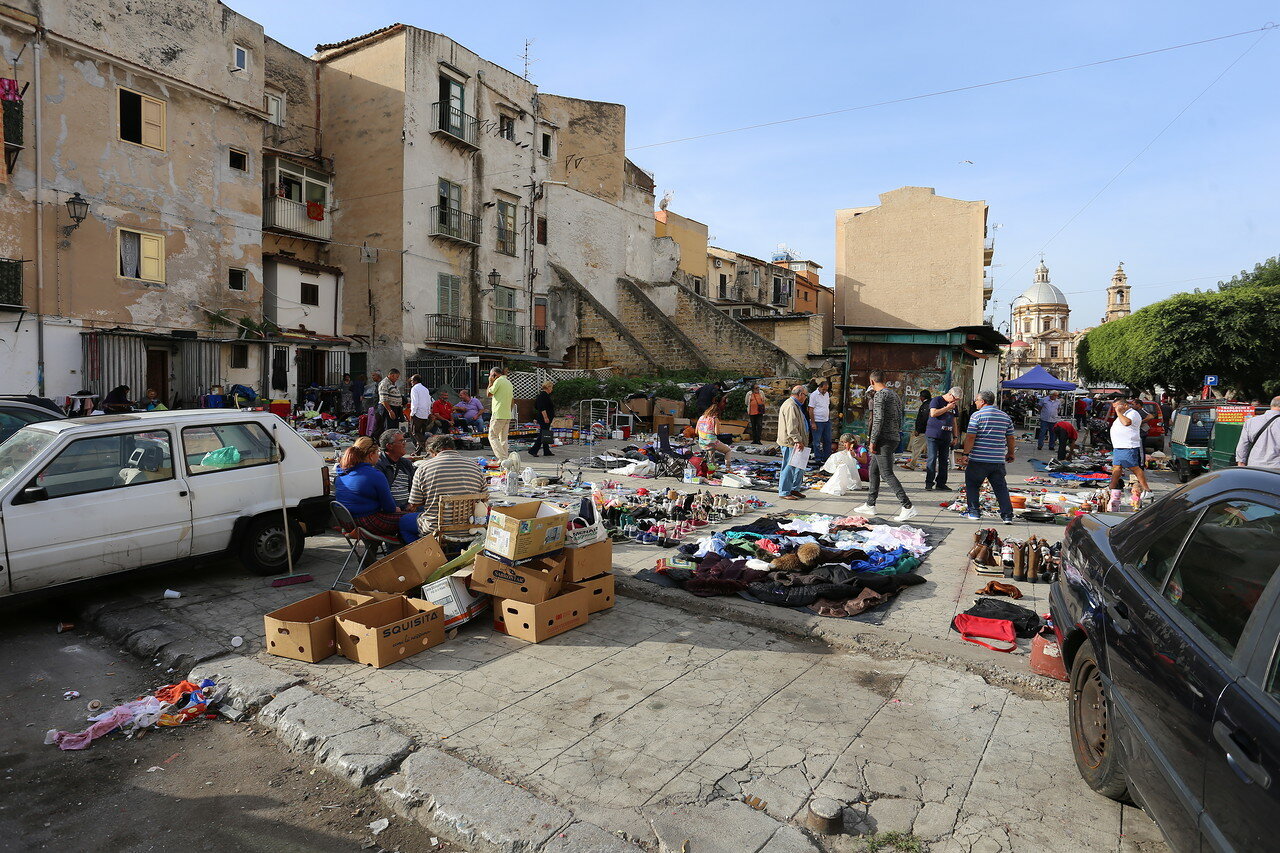 This is a typical flea market, where they sell everything that has become unnecessary in the household. 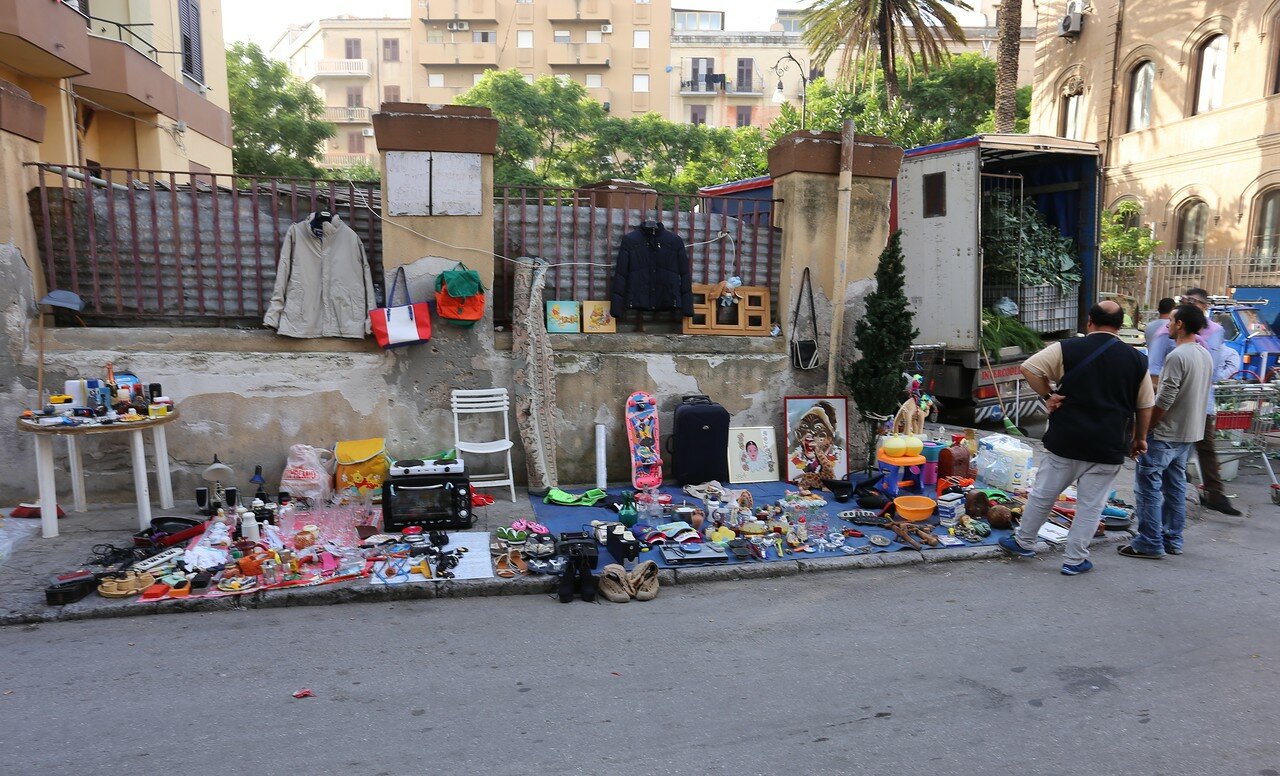 The market is absolutely wild, there are no counters and pavilions, things are laid out right on the pavement. 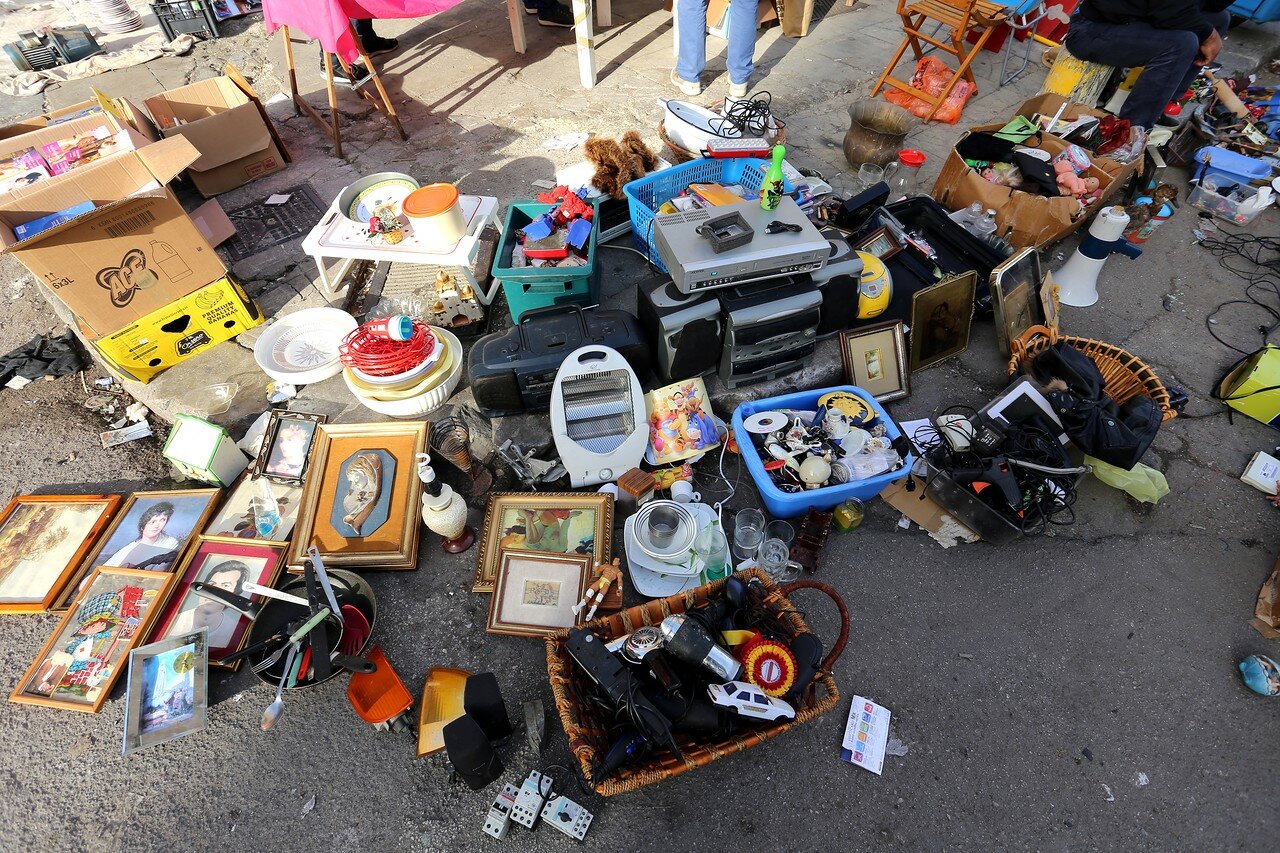 The vast majority of traders have no specialization, a set of goods the most diverse. 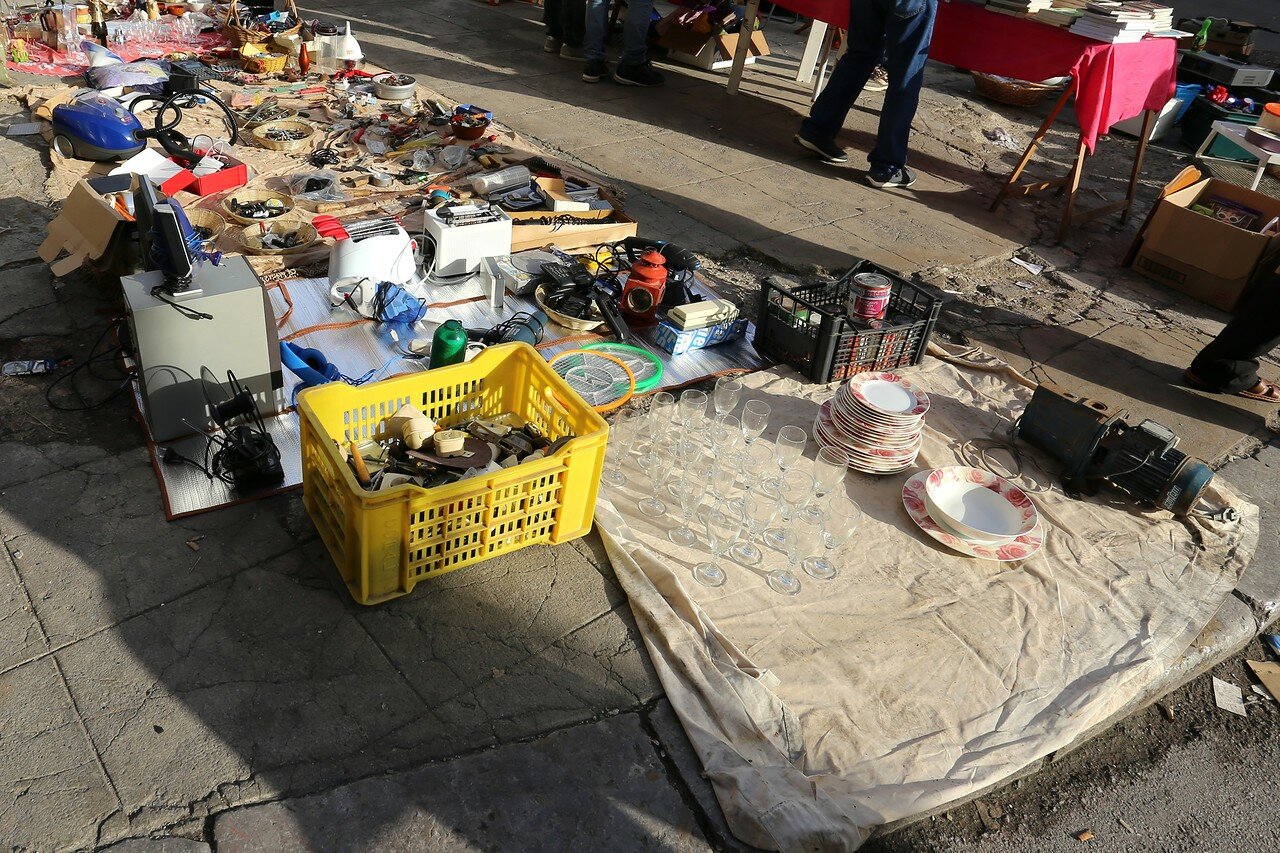 A watch, a child's briefcase, a box, a book about sea voyages. A shabby round table, on which all this is laid out, can also be purchased at a reasonable price. 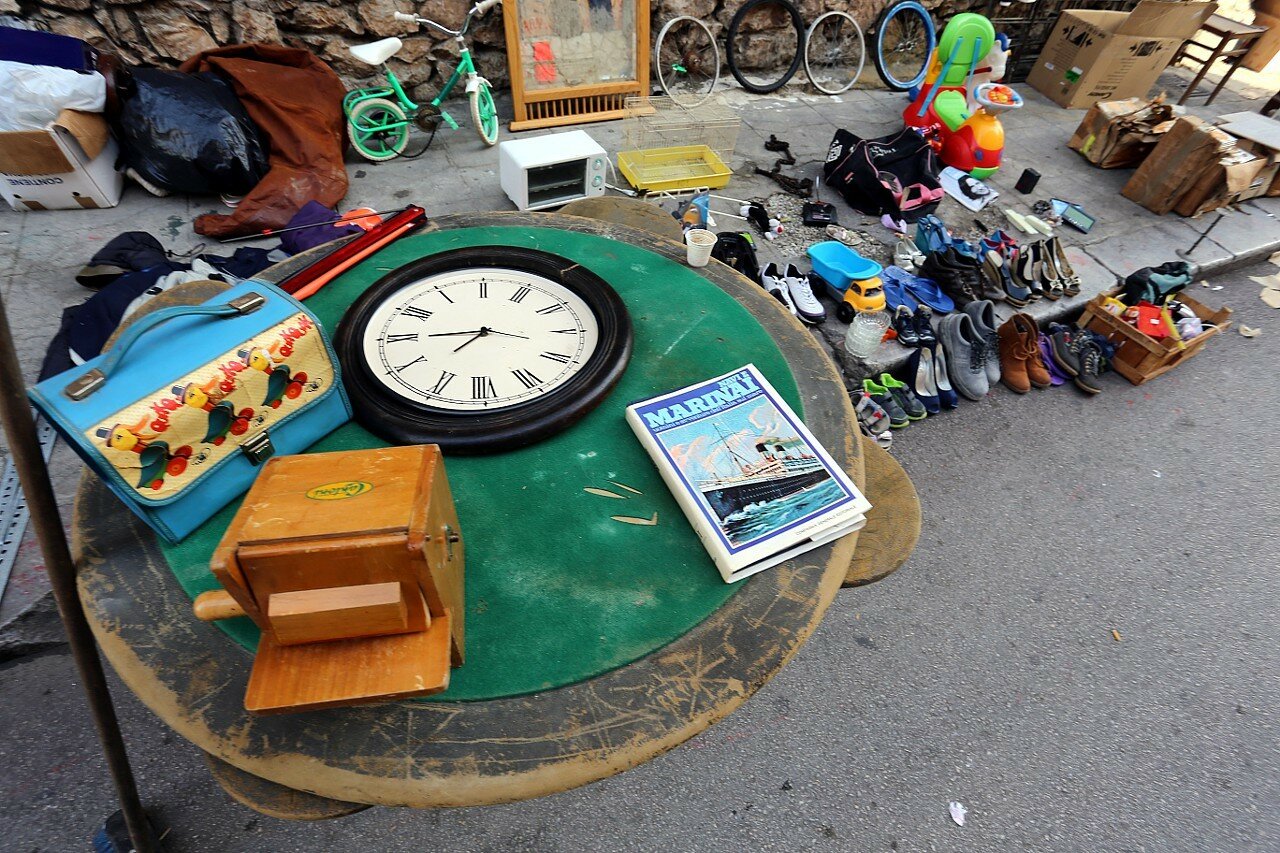 Old Newspapers and magazines peacefully coexist with small utensils and a vacuum cleaner. 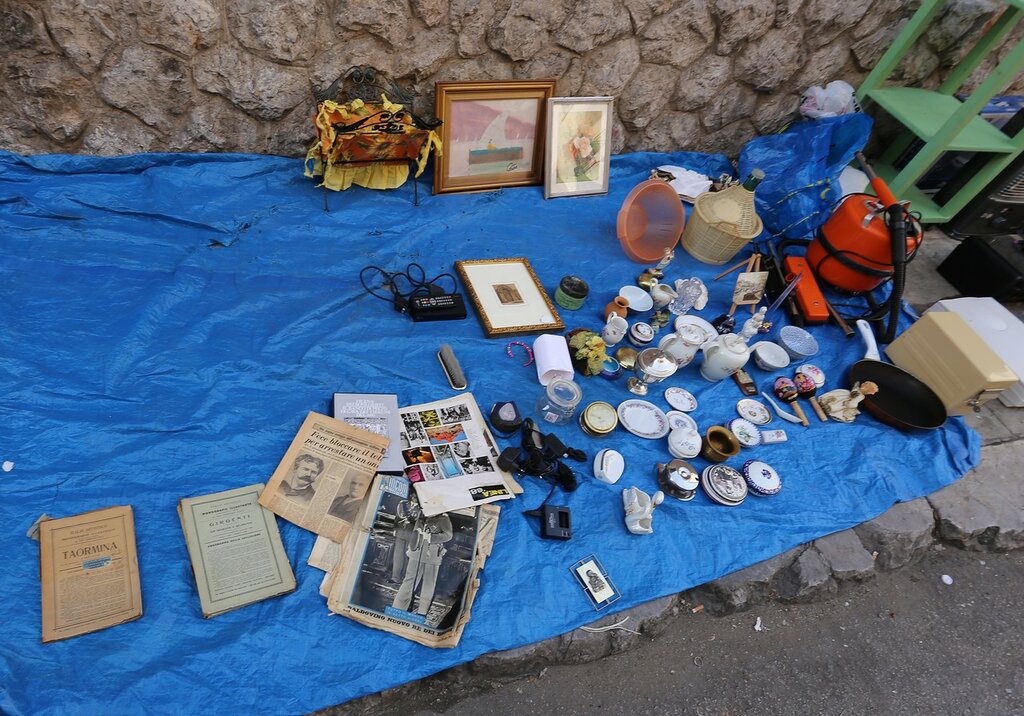 A selection of comics criminal subjects. 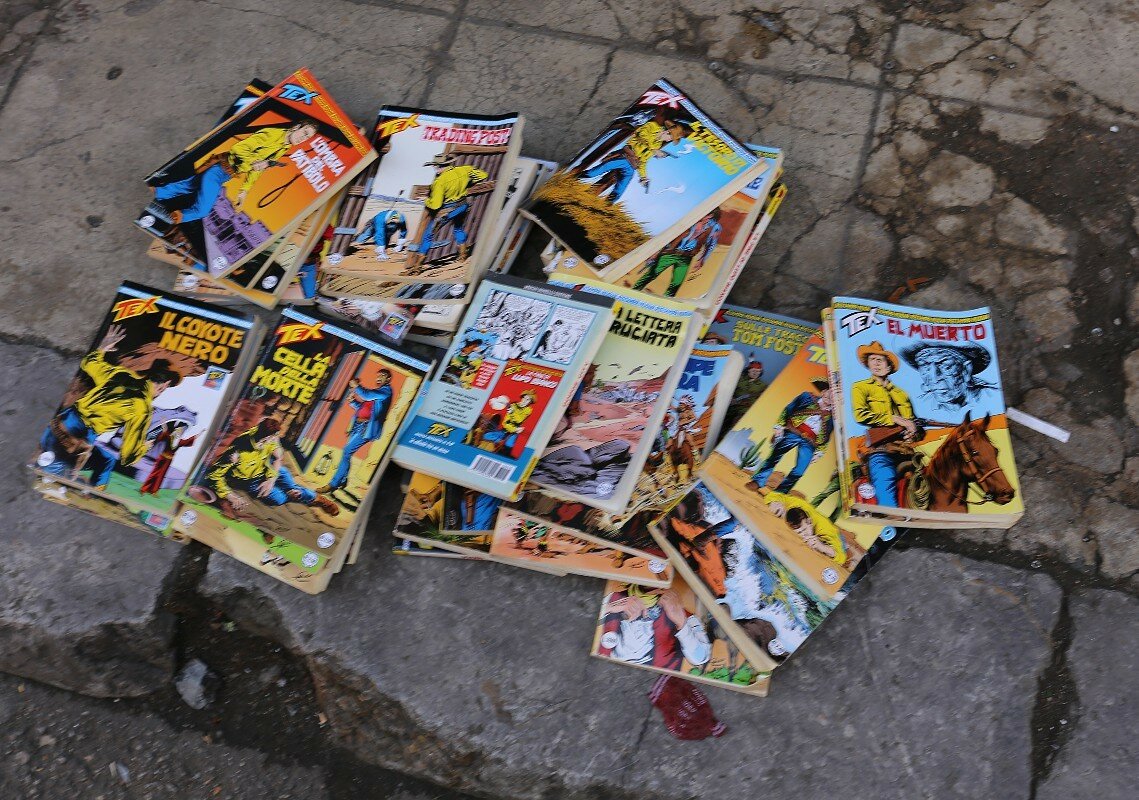 TV surrounded by children's clothes and shoes, I must say, in very good condition. 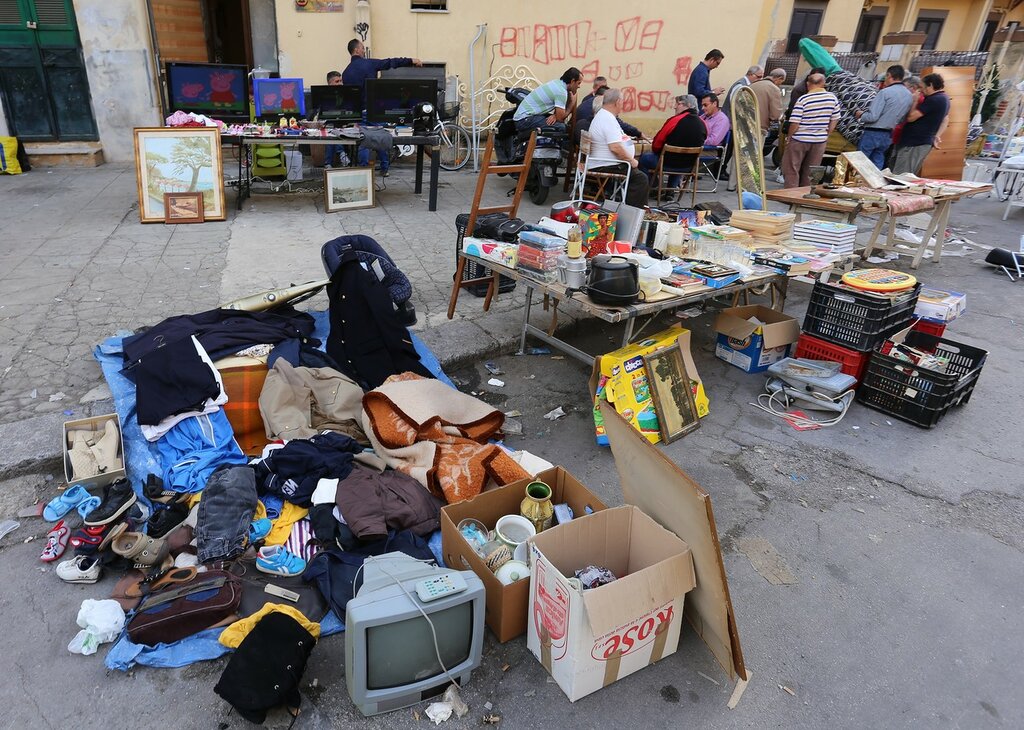 Widely presented audio products, as a rare "vinyl" and CD.

Singles on 45rpm with hits in the badly battered envelopes, LP in more decent condition. 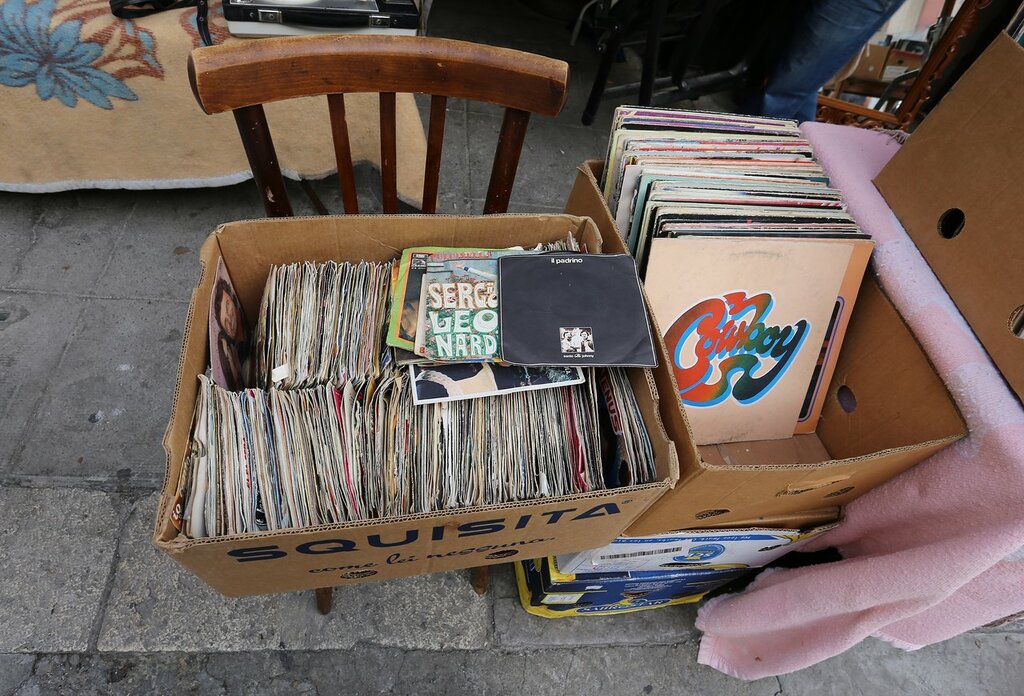 Electrical fittings are offered complete with African masks and jewelry. 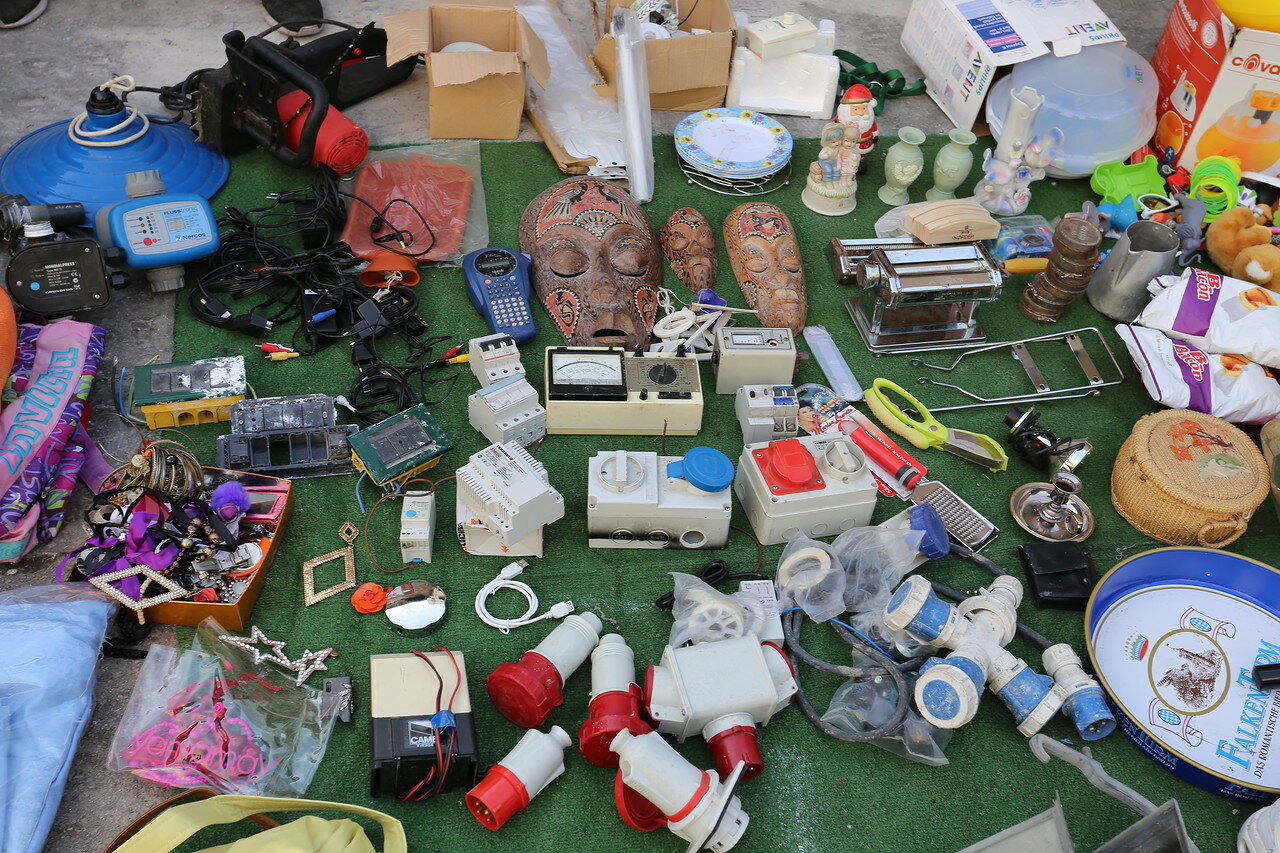 It is not known how in Palermo there was a Soviet universal electric measuring device. Probably was sold by sailors from the Soviet ship, which had at that time very little currency. 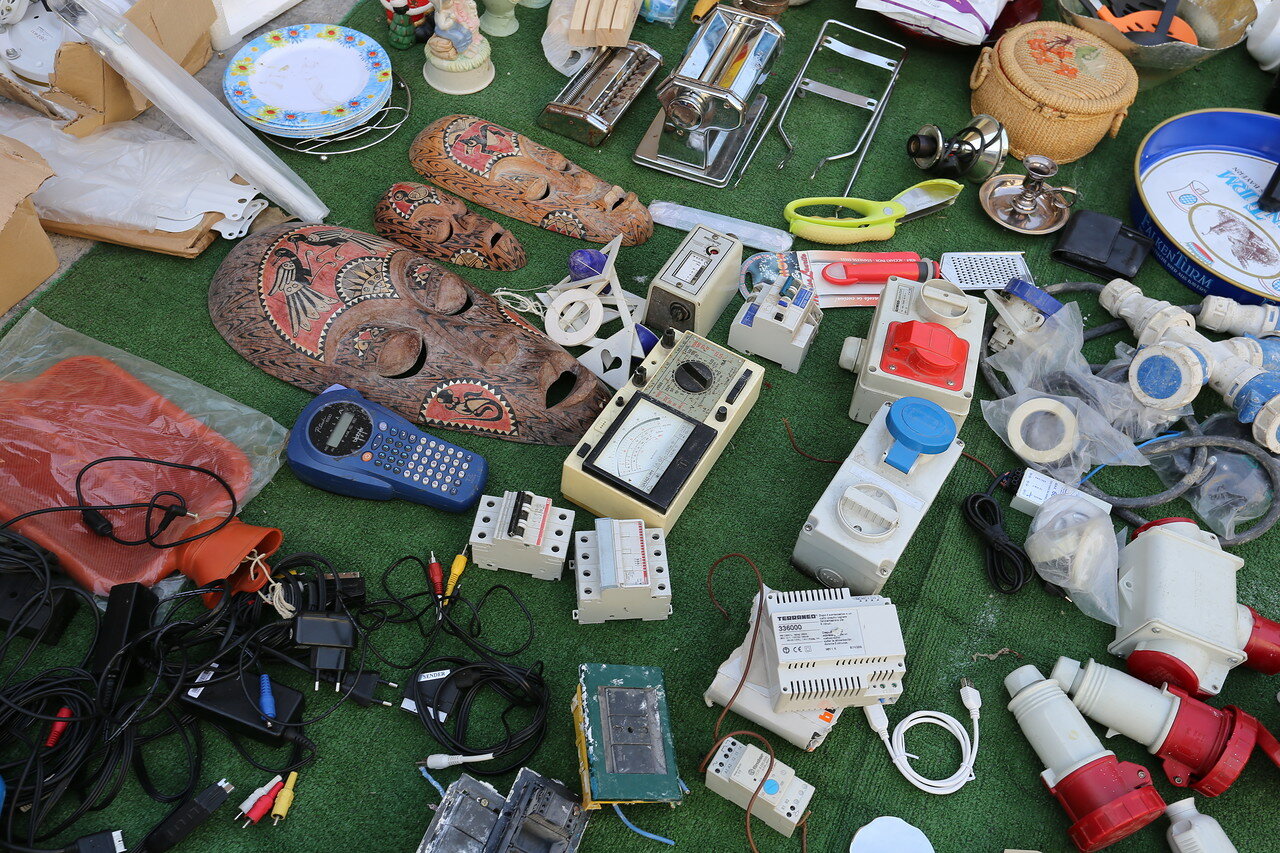 Here we can see some specialization - " everything related to electricity". 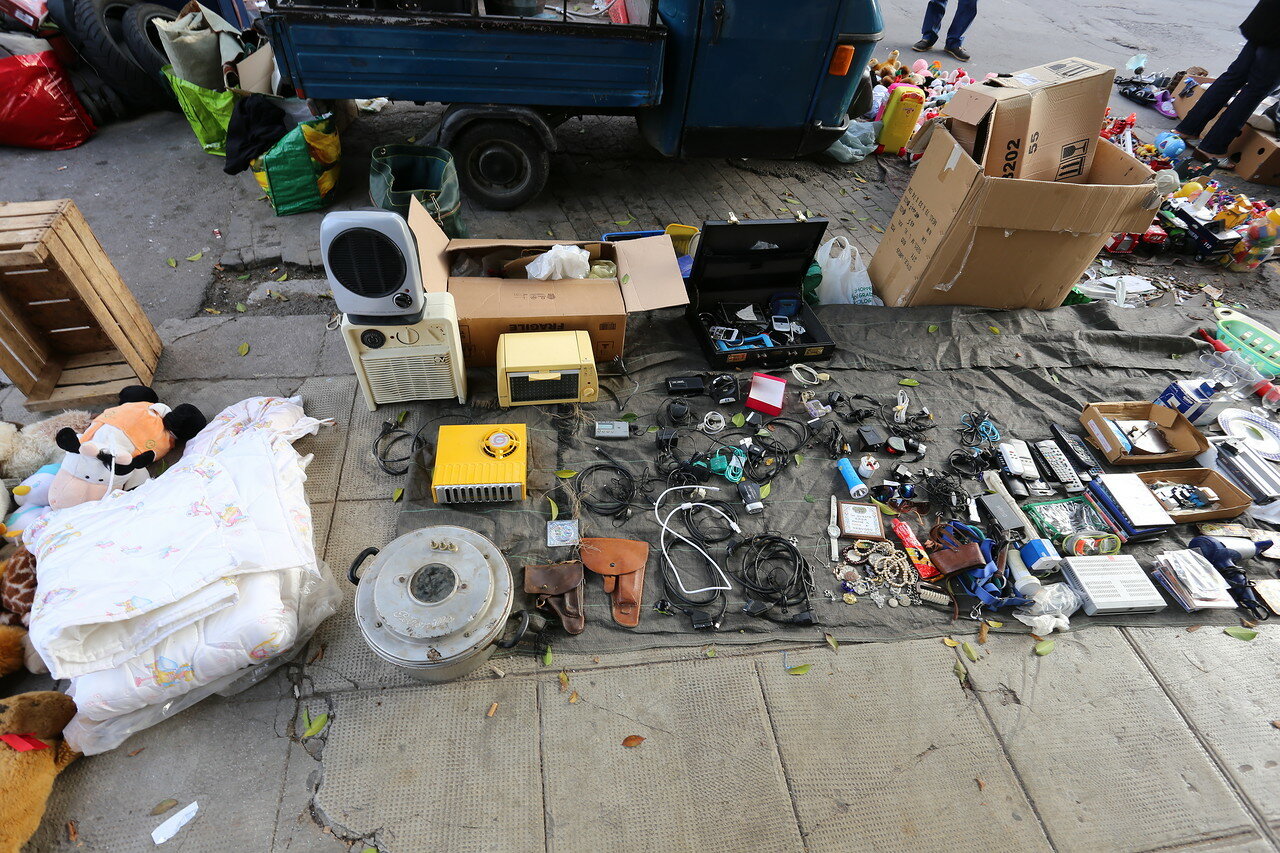 There are audio equipment and office equipment, everything looks very good. Here is how about rejuvenate-not I'd say...it's Palermo. 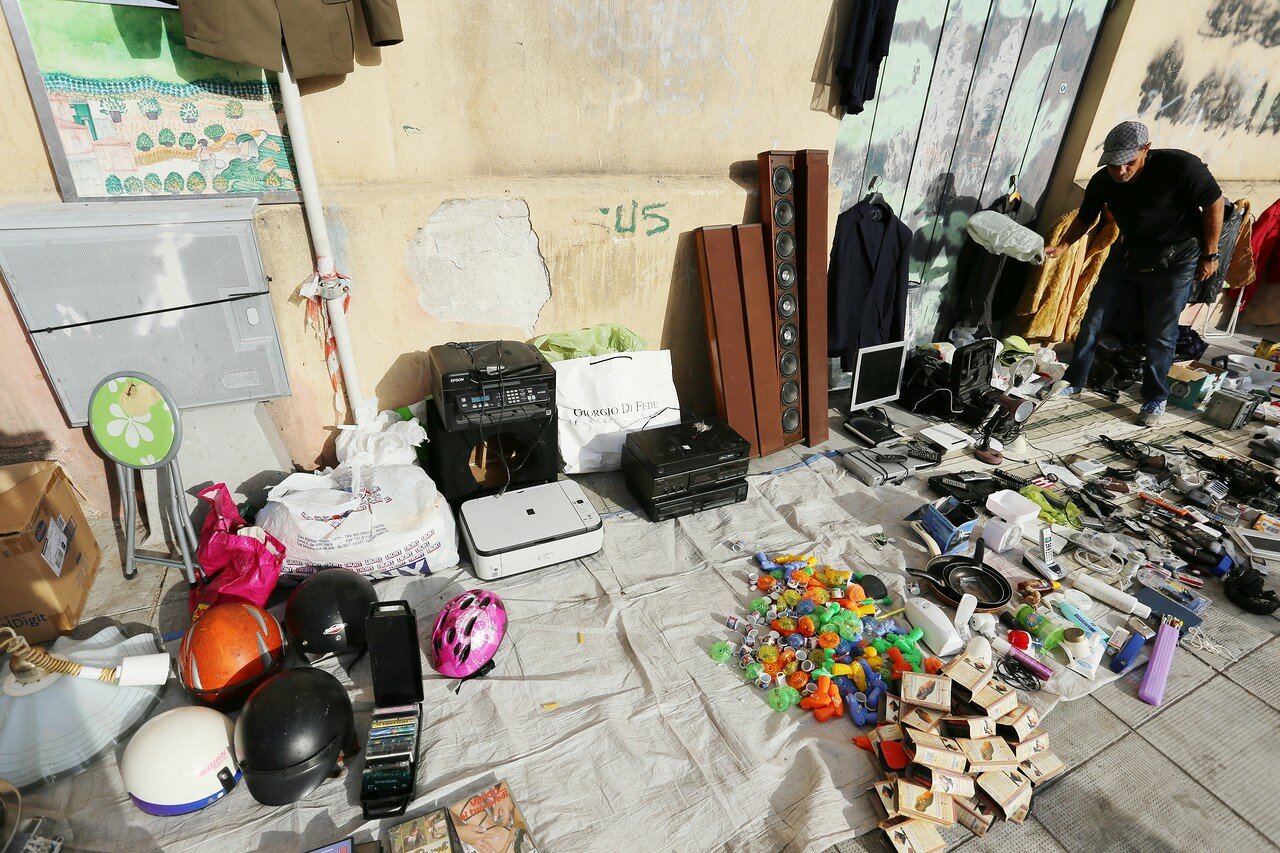 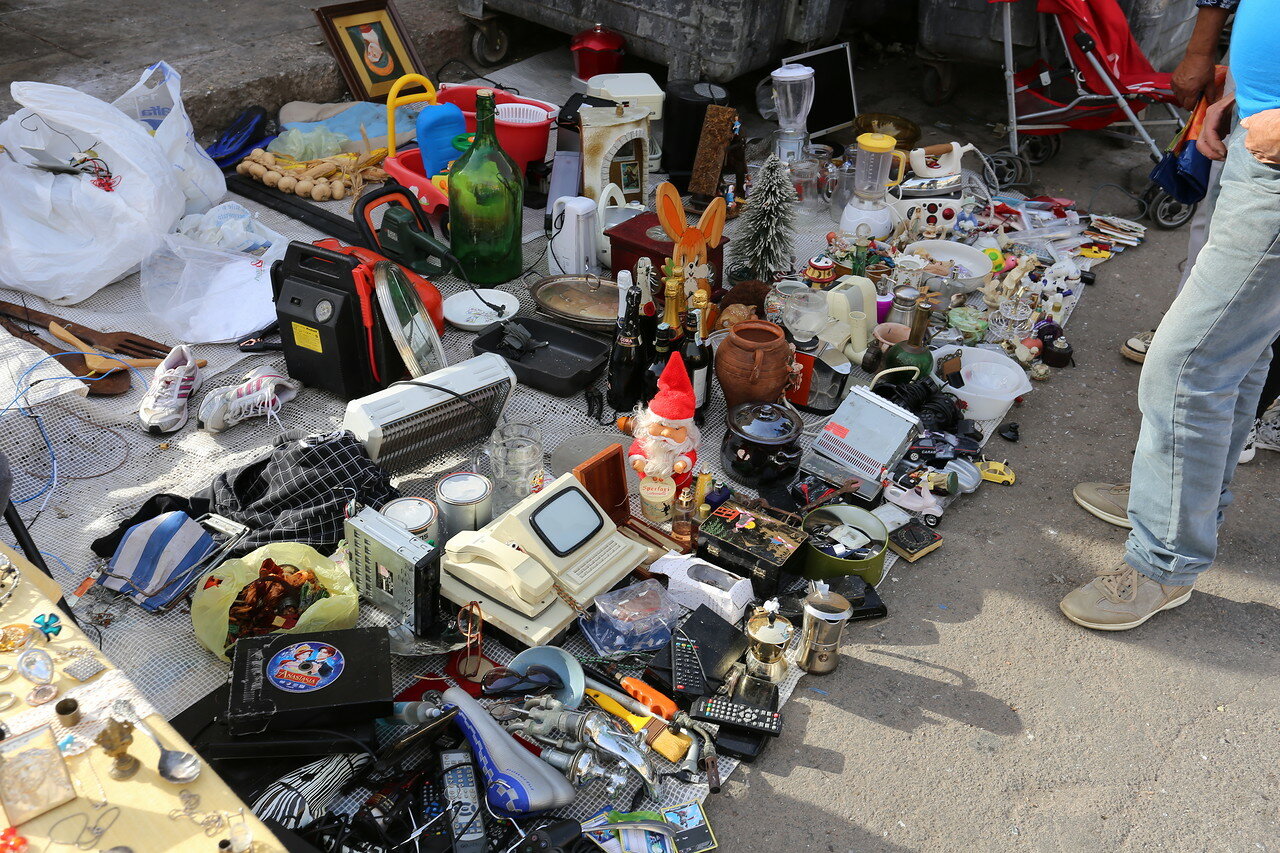 The range of products in a good Department store - from children's toys to computer monitors and keyboards. 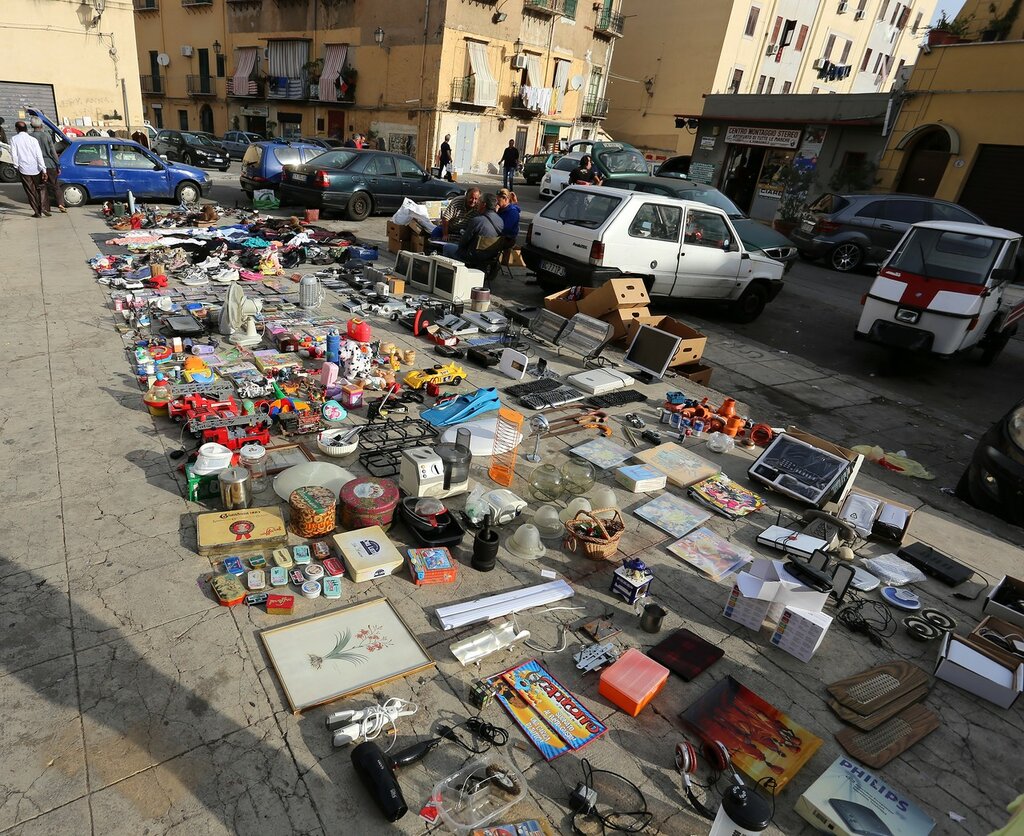 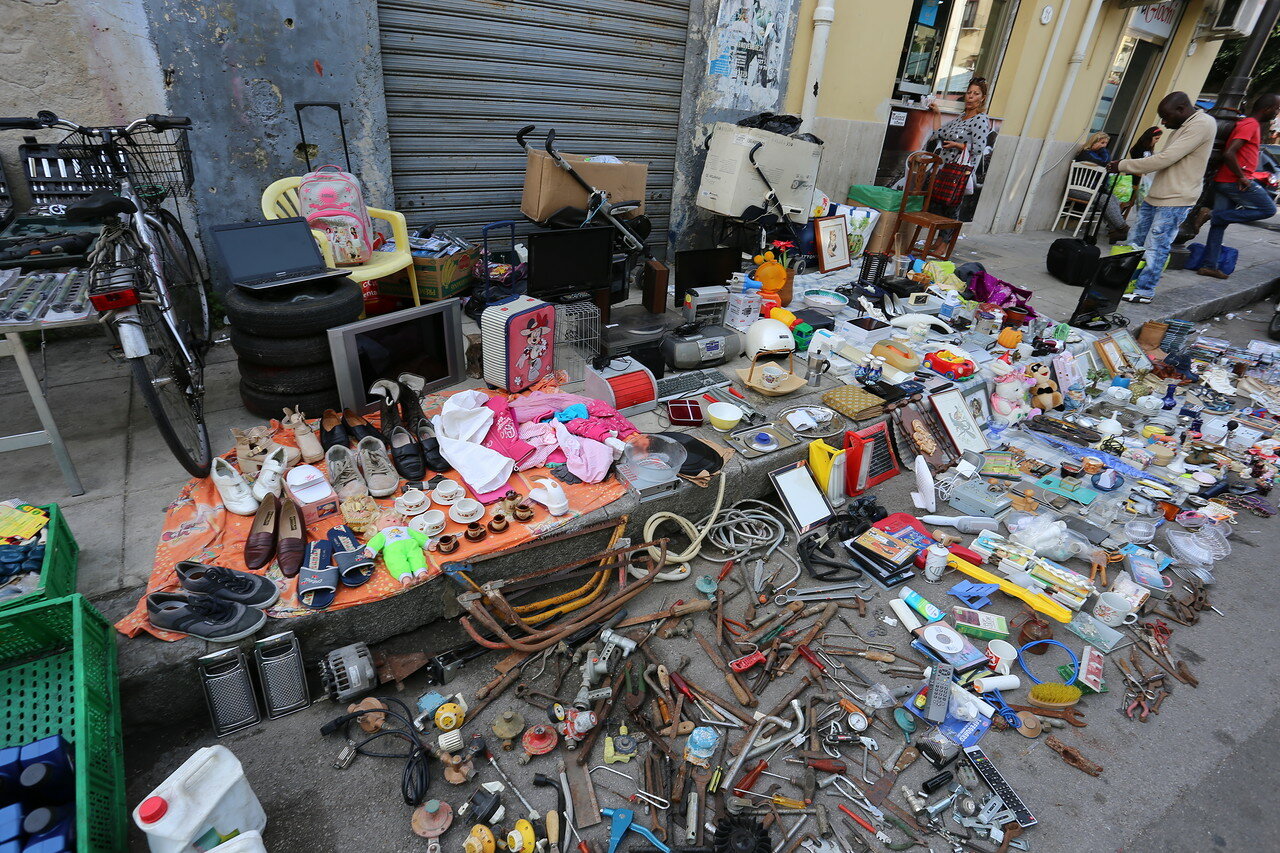 The only "shop" where I saw single new products - women's and men's clothing, haberdashery, cosmetics. Such products are sold in Palermo on other streets. 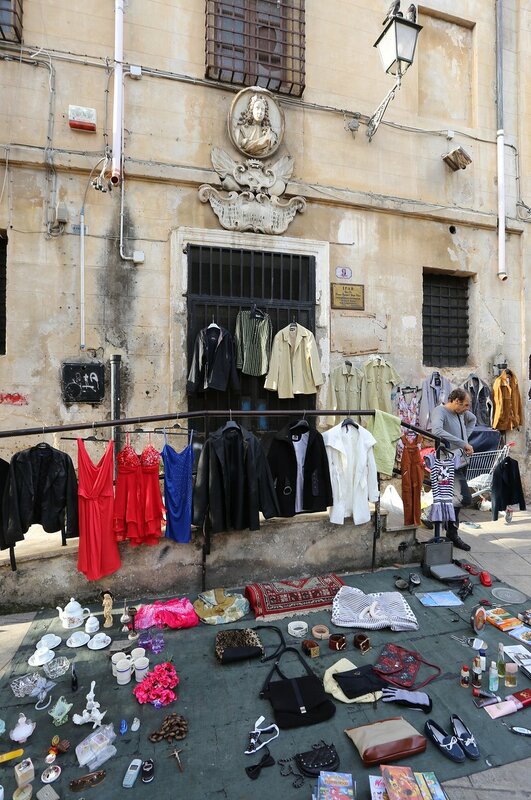 It seems that women to this responsible, hard and dangerous work in Sicily is not allowed, the sellers are all men. 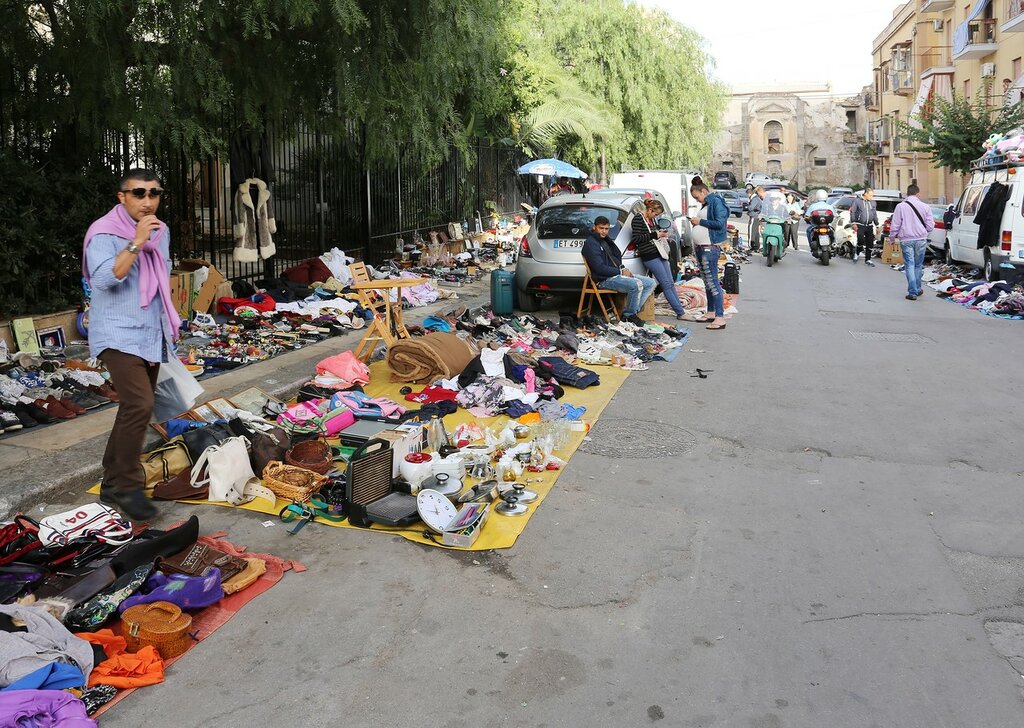 "Veterans" while away the time playing cards, not even looking in the direction of their "wealth". 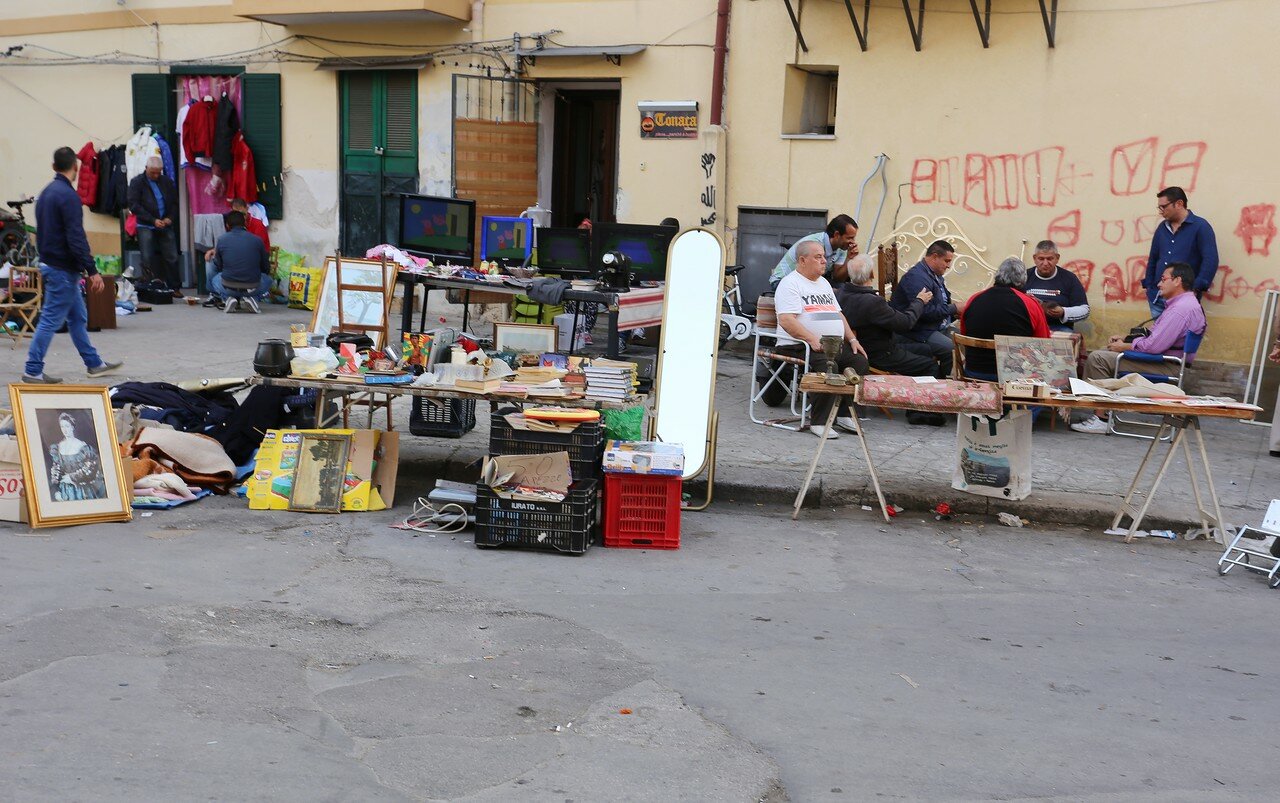 Young traders are happy to be photographed. 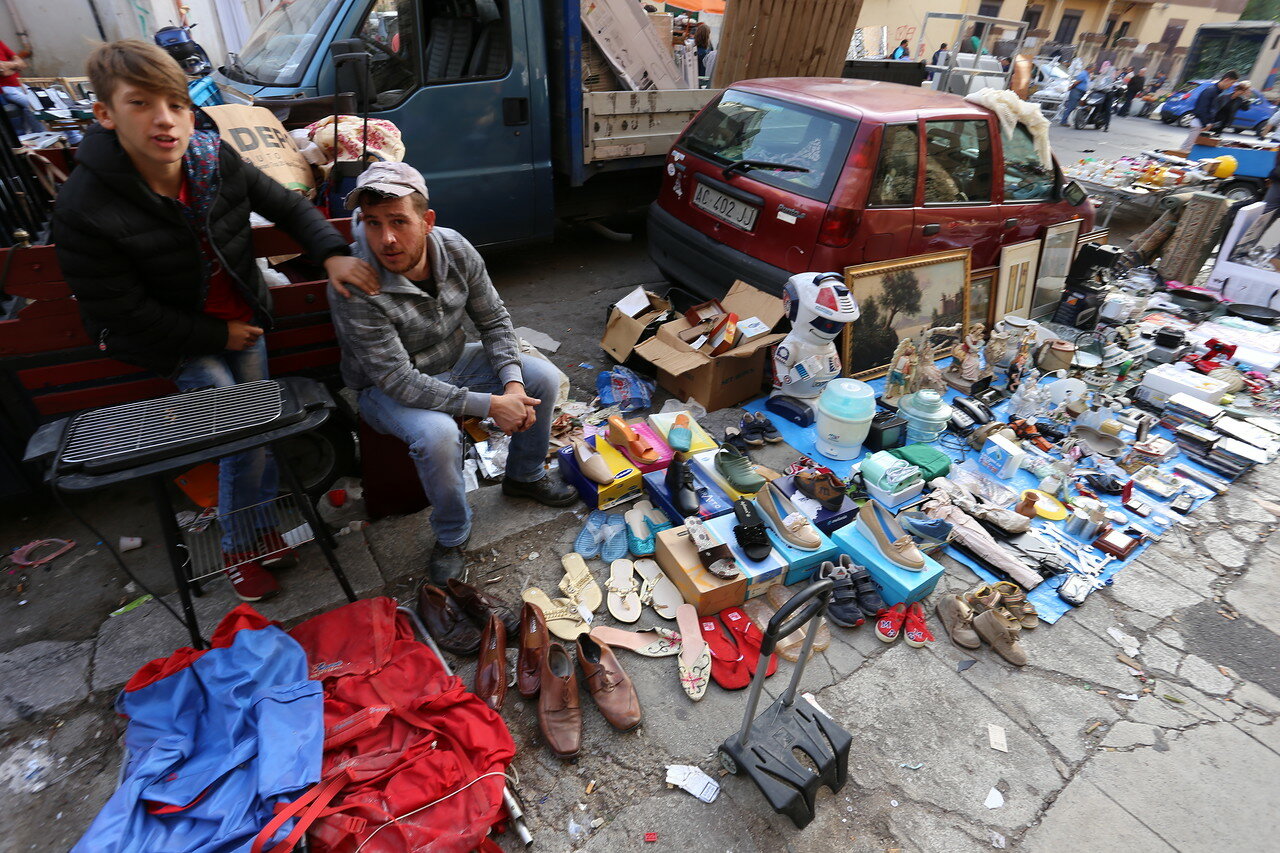 In conclusion, I want to say that this fascinating walk had very unpleasant consequences for me. Still walking through the narrow aisles of the Ballaro market, I threw a photo bag behind my back, where I had a second camera Canon 1100d with a 70-300 telephoto set and a couple of lenses. After a month of traveling through the quietest towns of Sicily, I got so used to the absence of street crime that I completely stopped thinking about it, and did not even bother to button my bag. I didn't even know what the good merchants meant when they pointed to the bag on my back...But Palermo is Palermo...At the end of the walk, I discovered the absence of a long-focus photo kit. About iron I'm not much lamented, the loss was not catastrophic (approximately 250 euros), and really valuable lenses were in place. It was a pity that I lost the pictures taken by this set, which were mostly colorful portraits of local residents. So my advice-do not relax! 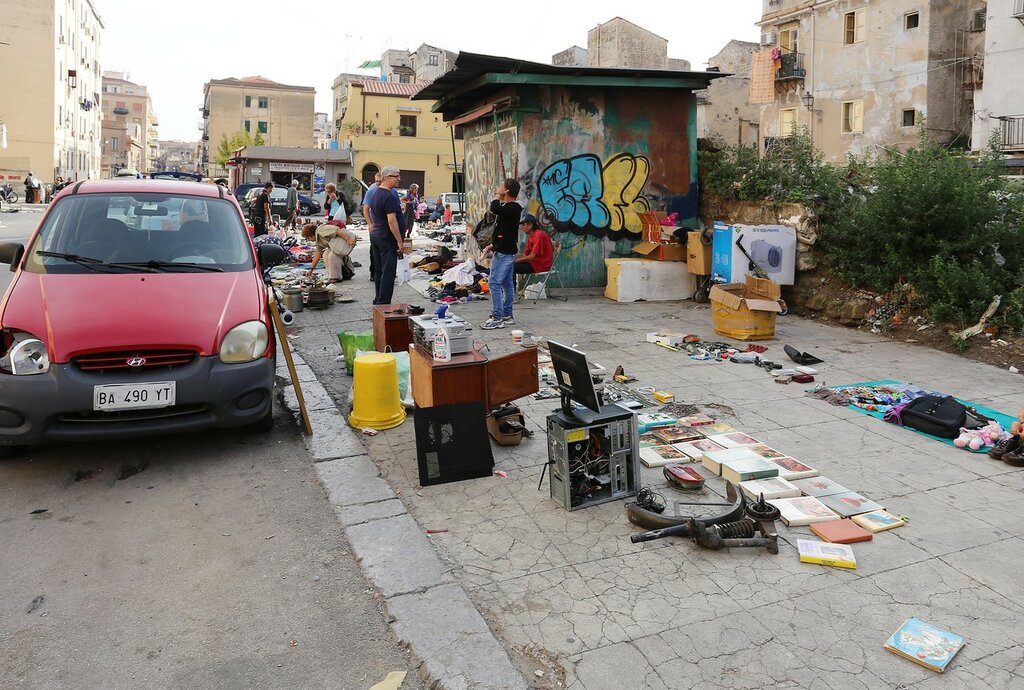