Gela promenade and the beach after a storm

Along the beaches of Gela stretches the promenade that bears the name of the city, Frederick II of Swabia (Lungomare Federico II di Svevia), Holy Roman Emperor and king of Sicily. Between the roadway and the strip of sand is a wide promenade where you can contemplate sunsets and sunrises and see the "green ray" under appropriate weather conditions. 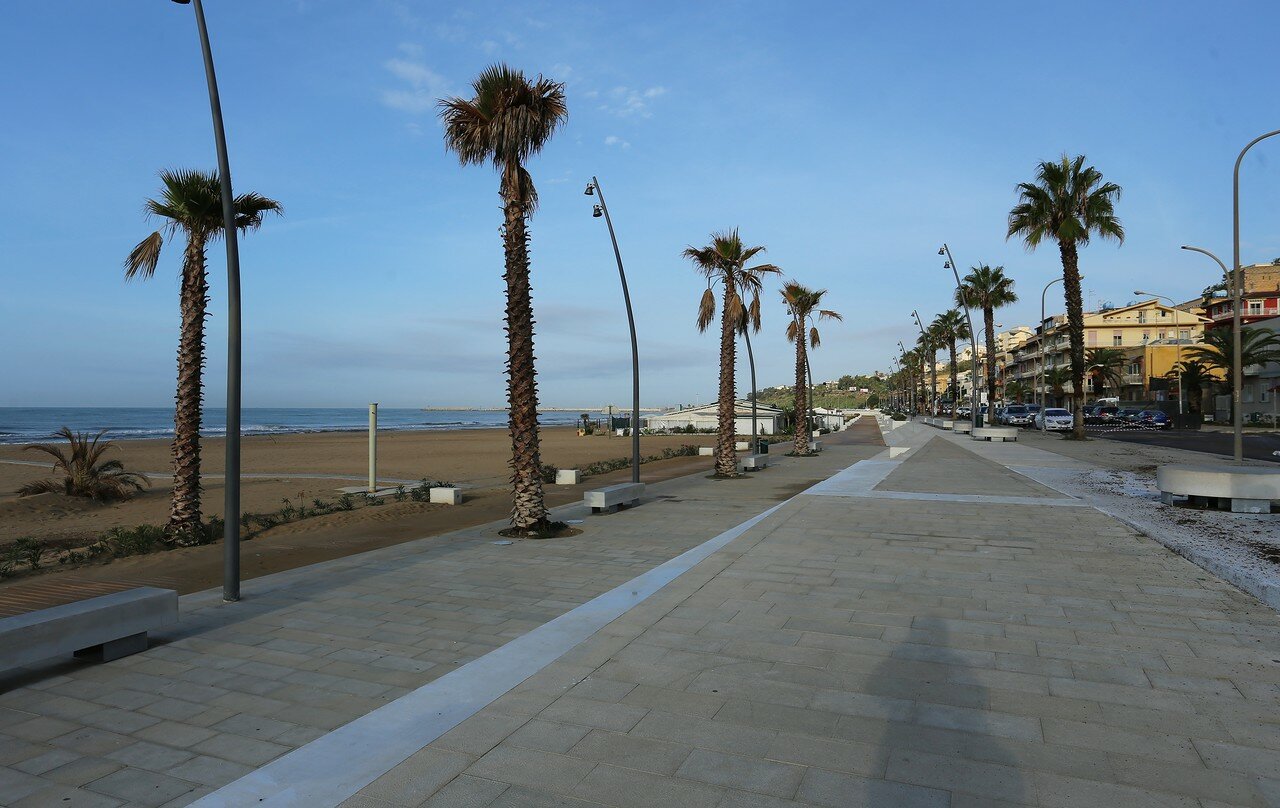 The city is better known as a center of offshore oil production and refining, so it is not included in the list of fashionable resorts. The landlady of the apartment in Ragusa, where I had stayed two days earlier, grimaced at my message that I was going further to Gela and said - "sgradevole Citta" - "nasty city". Indeed, the first impressions on arrival were not happy, which was also helped by the weather, but the next morning, after the storm, the sun came out and the town seemed quite cozy and beautiful to me. 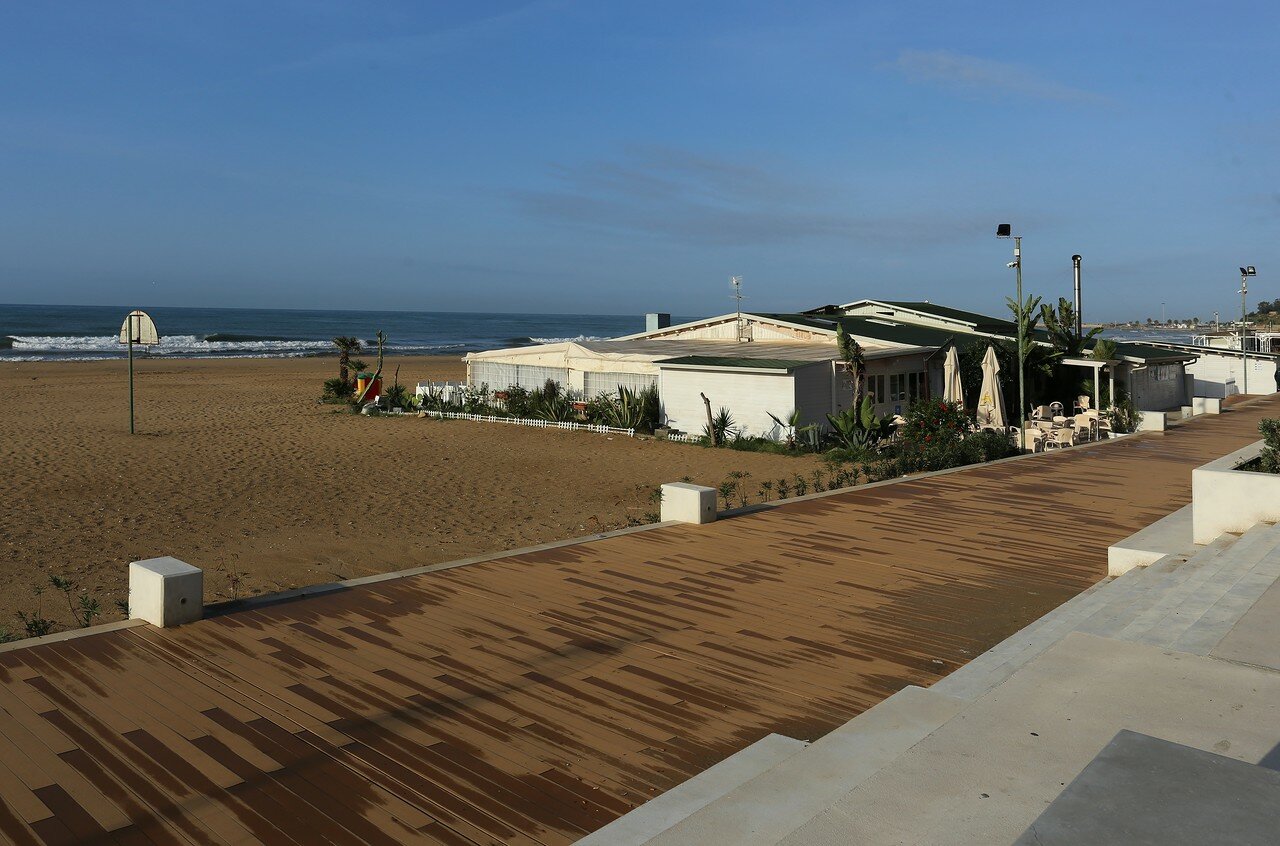 The city beaches of Lido Eden and Lido Conchiglia (Eden and Conchina) are covered with soft Golden sand up to 80 meters wide, have all the necessary infrastructure infrastructure for recreation. 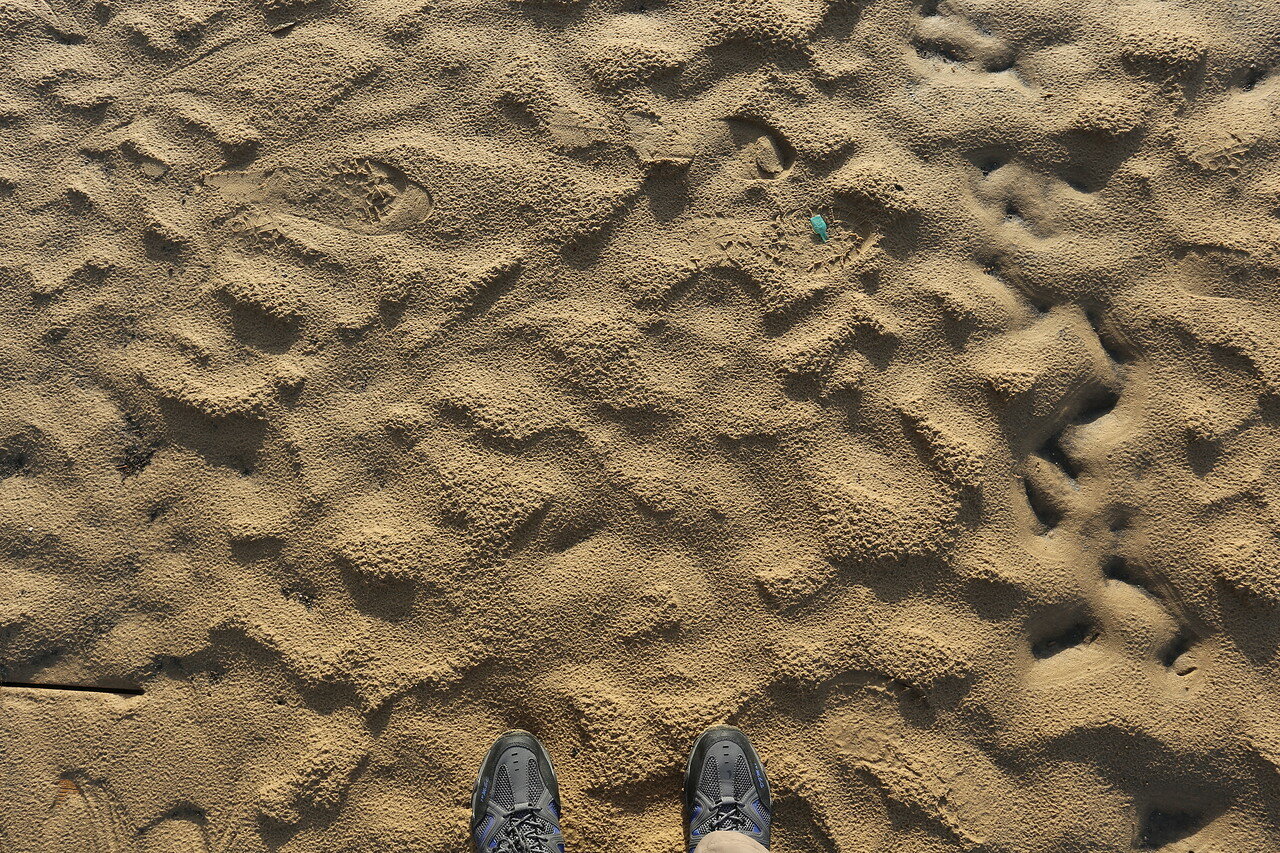 Now the beaches were completely empty and all the facilities on them were closed. The end of October, the season is over, although the water temperature is 24-25 degrees, but the sun is increasingly covered by clouds (Oh, we would like such a summer! - by their standards, a short shower once in three days is the rainy season). 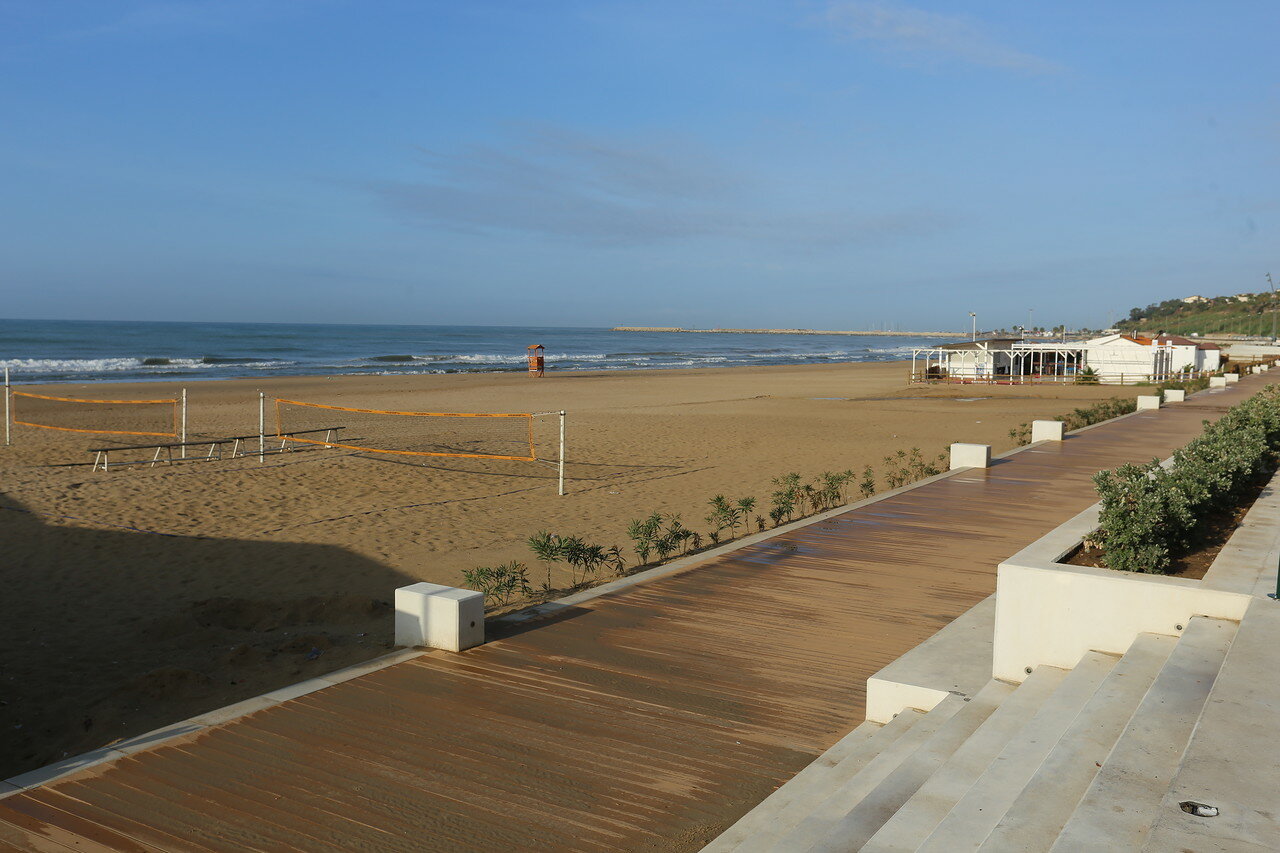 Yesterday, as I have already mentioned, was just such a day - it was dark all day, and after an evening walk I was driven into the hotel by rain, which turned into a real storm at night with a wall of rain, continuous flashes of lightning and thunder that shook the walls. Its consequences were not very noticeable in the city (it just became cleaner there - the torrents of rainwater washed away the garbage), but on the embankment it was immediately noticeable - the roadway was covered with a layer of sand. 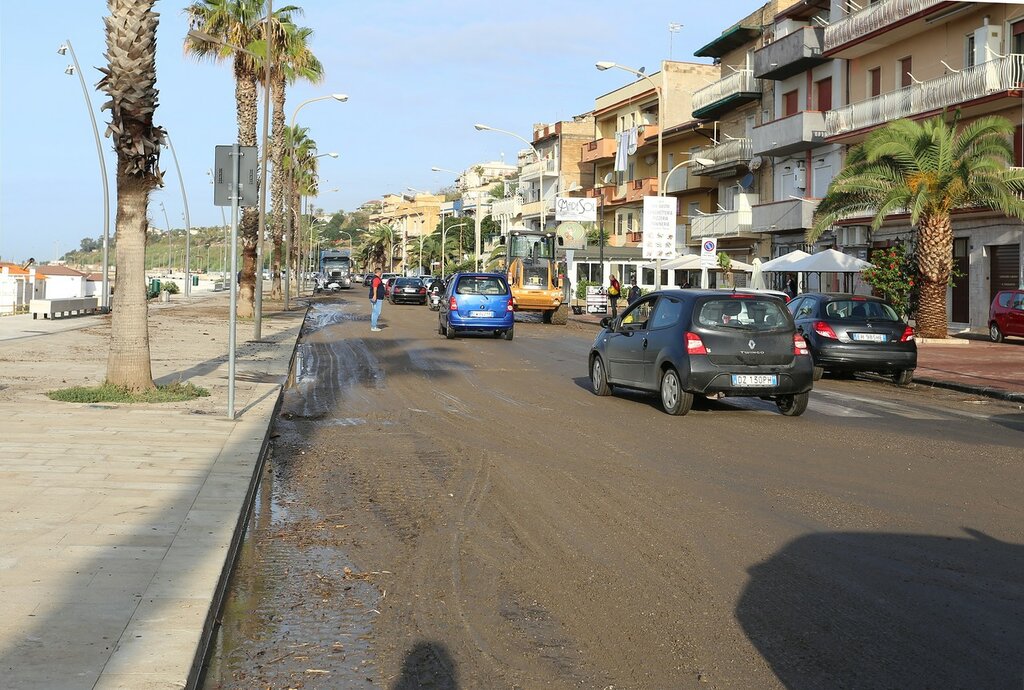 Surprisingly, there was no sand on the boardwalk's tiled pavement, and the wooden flooring separating the boardwalk from the beach was also covered with sediment. 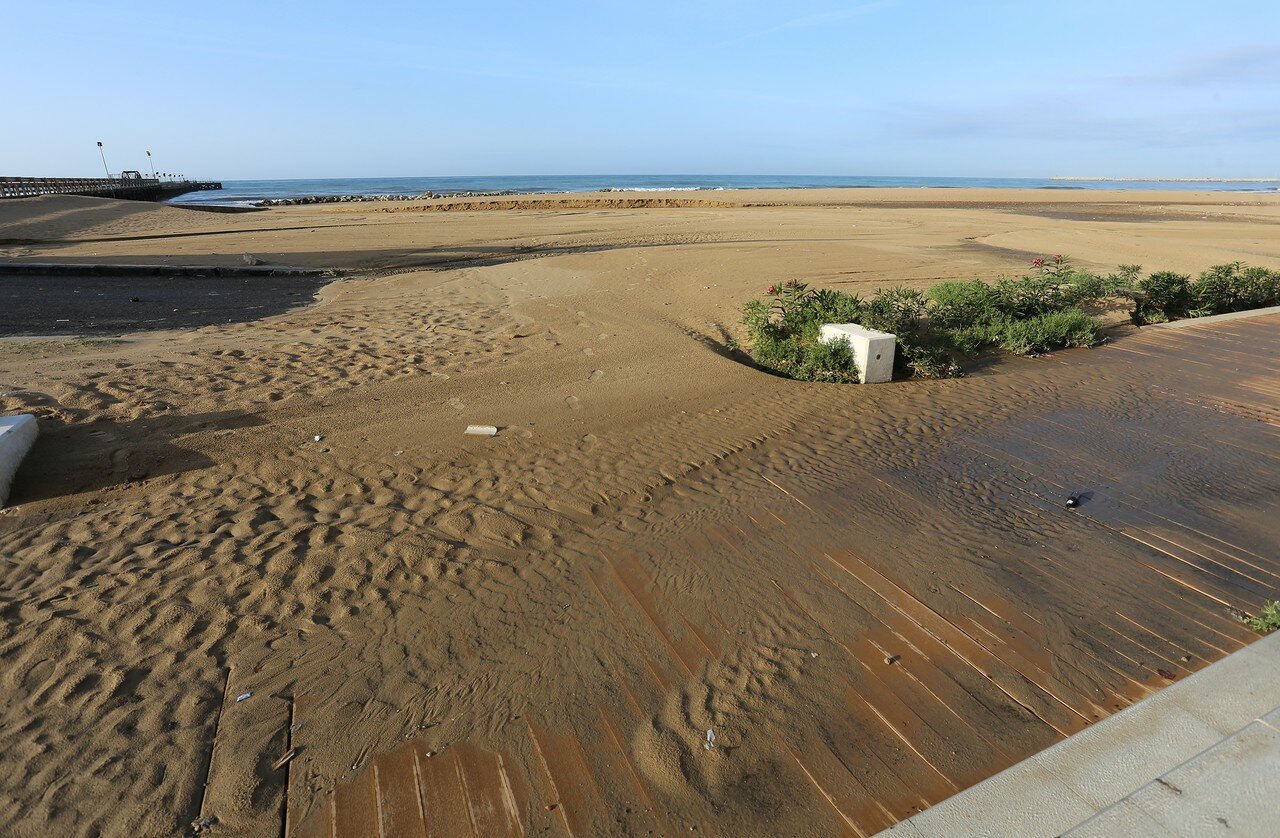 On the beach itself, the torrents also left noticeable channels. 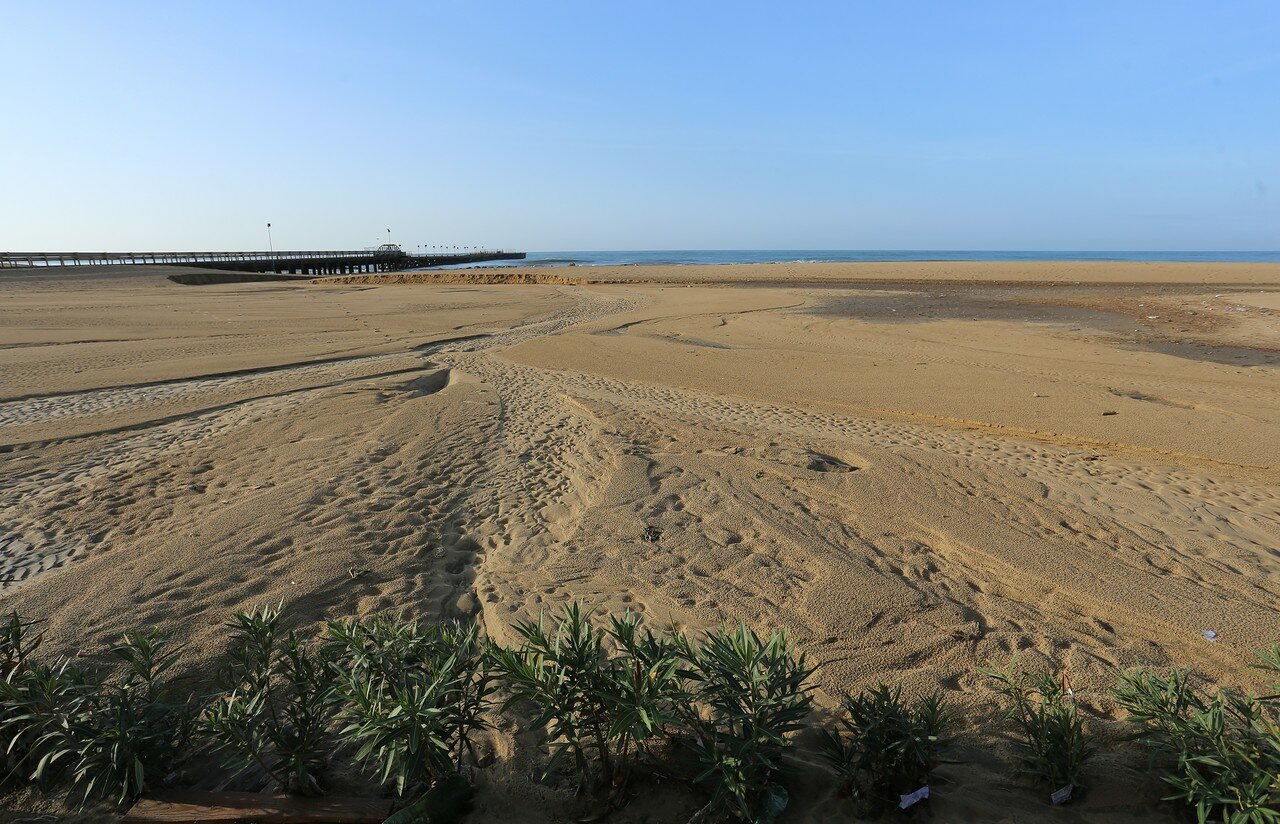 And even entire canyons. The night's downpour lasted for four hours, and a huge mass of water slid down the steep coastal streets into the sea. 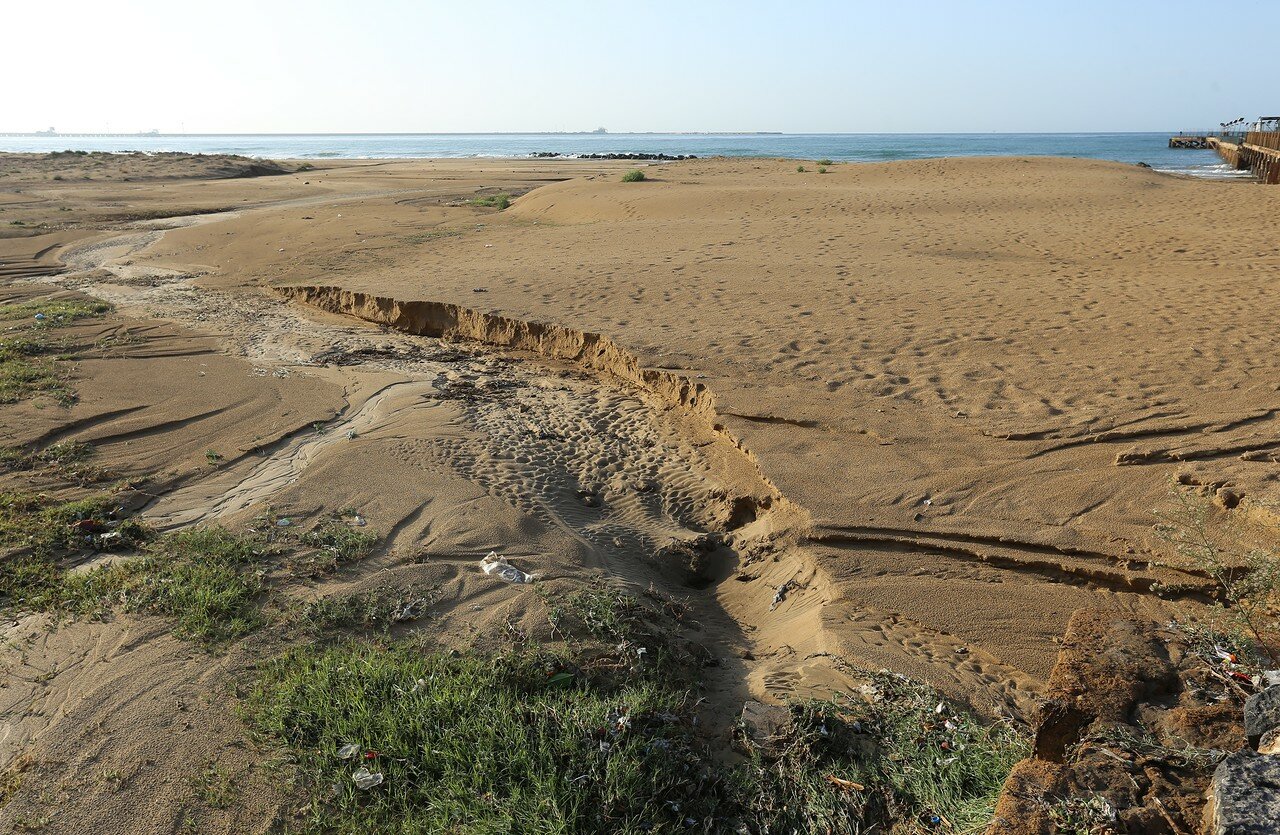