The Unimog bus takes us along the gentle serpentine of the southern slope of the volcano. The two upper cones of Etna are already clearly visible above the black surface. The closest to us is the southern crater, and the top of the volcano is visible behind it. 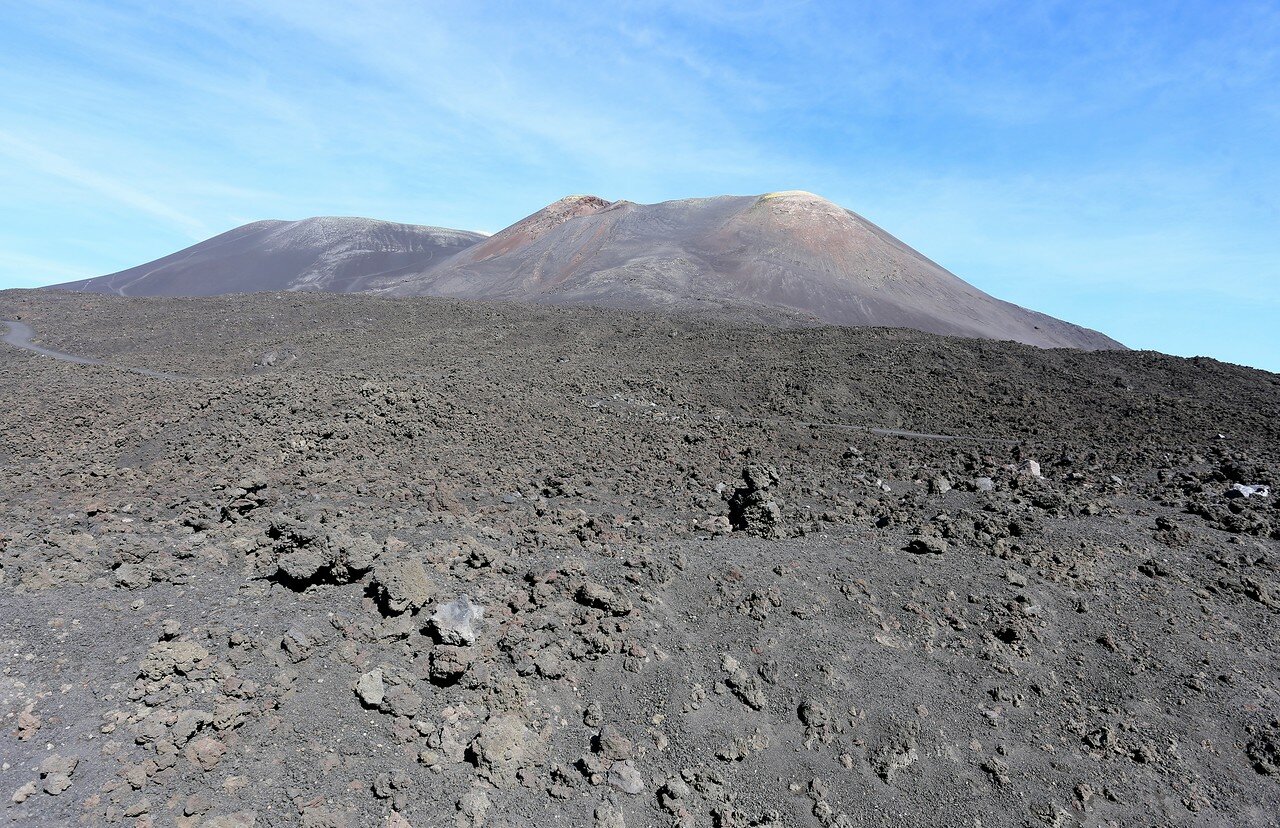 But we do not go there-the standard tourist route includes a visit to the so-called "Tower of the philosopher" (Torre del Filosofo). The origin of this name comes from the ancient ruins, where the Greek philosopher, doctor, poet and orator Empedocles supposedly lived in the V century BC. 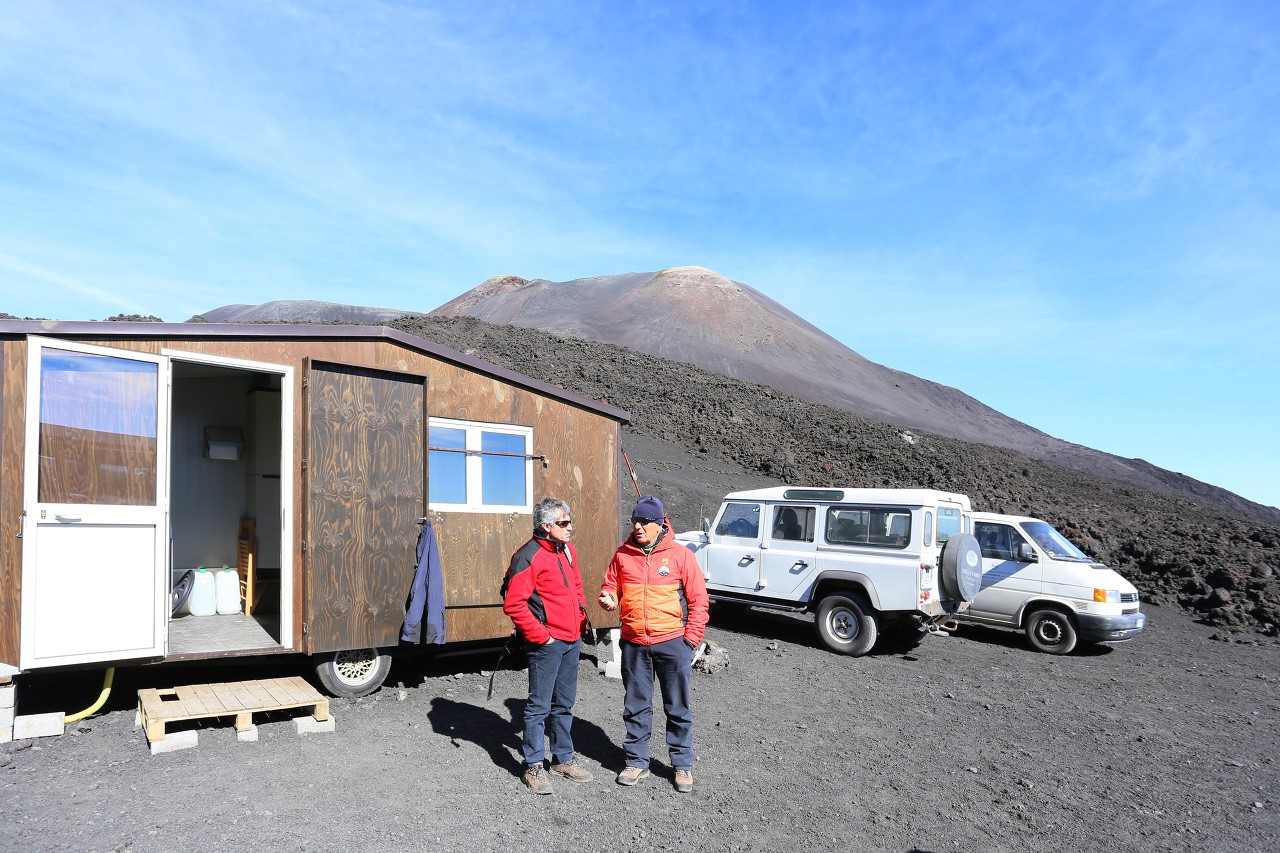 Legends that have come down to us tell that Emppedocles was not modest and counted himself among the deities, and eventually threw himself into the mouth of a volcano to enter their number. There is also another version - the philosopher voluntarily "went to the Gods", so that the myth he created about his own immortality was not debunked when he died naturally. There is also a simpler explanation for the appearance of ruins on top of an active volcano - this house was specially built before the ascent of the Emperor Hadrian to Etna, and was used as a base camp. Now the "Tower of the Philosopher" is a point of observation for eruptions. 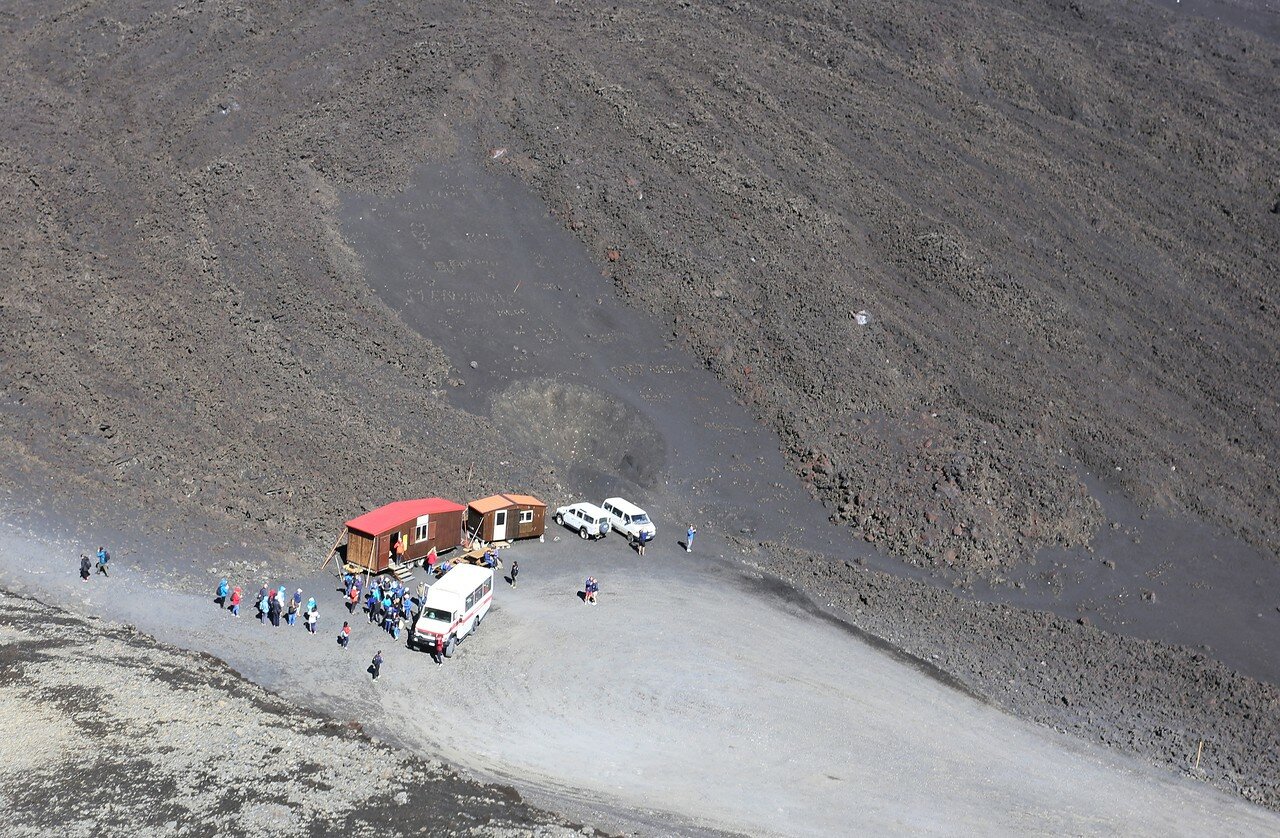 From here to the top of Etna about one and a half kilometers in a straight line and here begins the "Yellow zone", where only specialists-volcanologists and groups with special equipment are allowed. Of course, I wanted to climb to the top, but for an excursion there you need to make an appointment in advance and such ascents are held only in the summer. 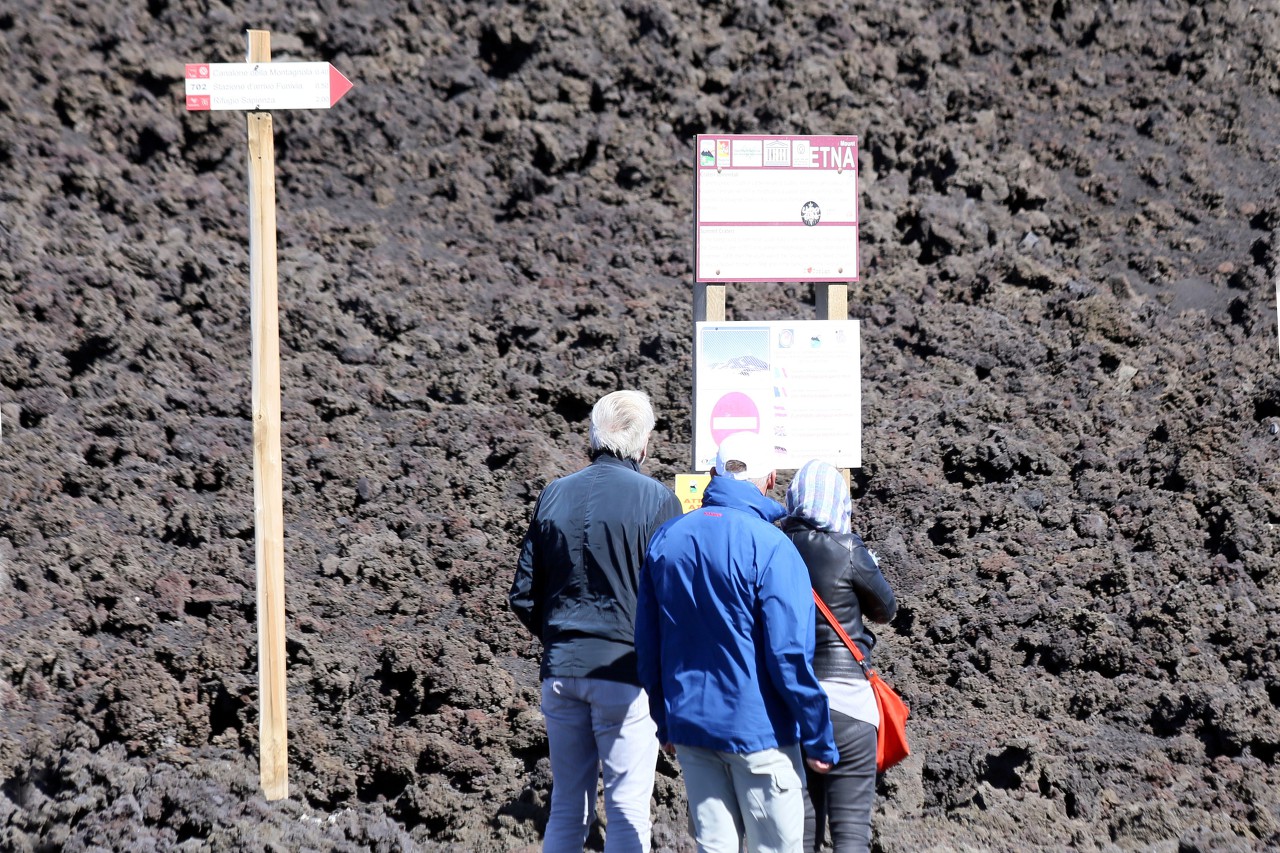 The average tourist is invited to visit the Barbagallo craters. 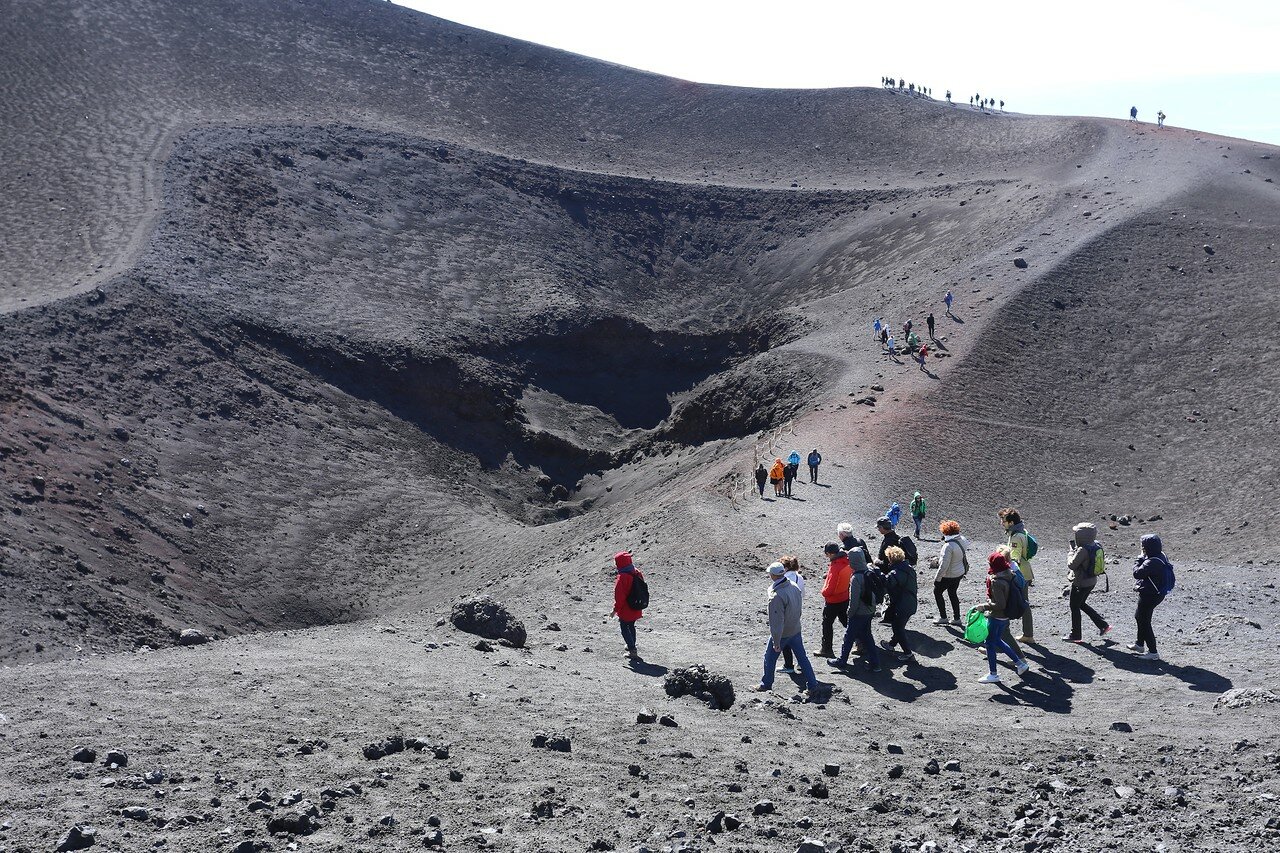 Our small group accompanied by a guide went there. 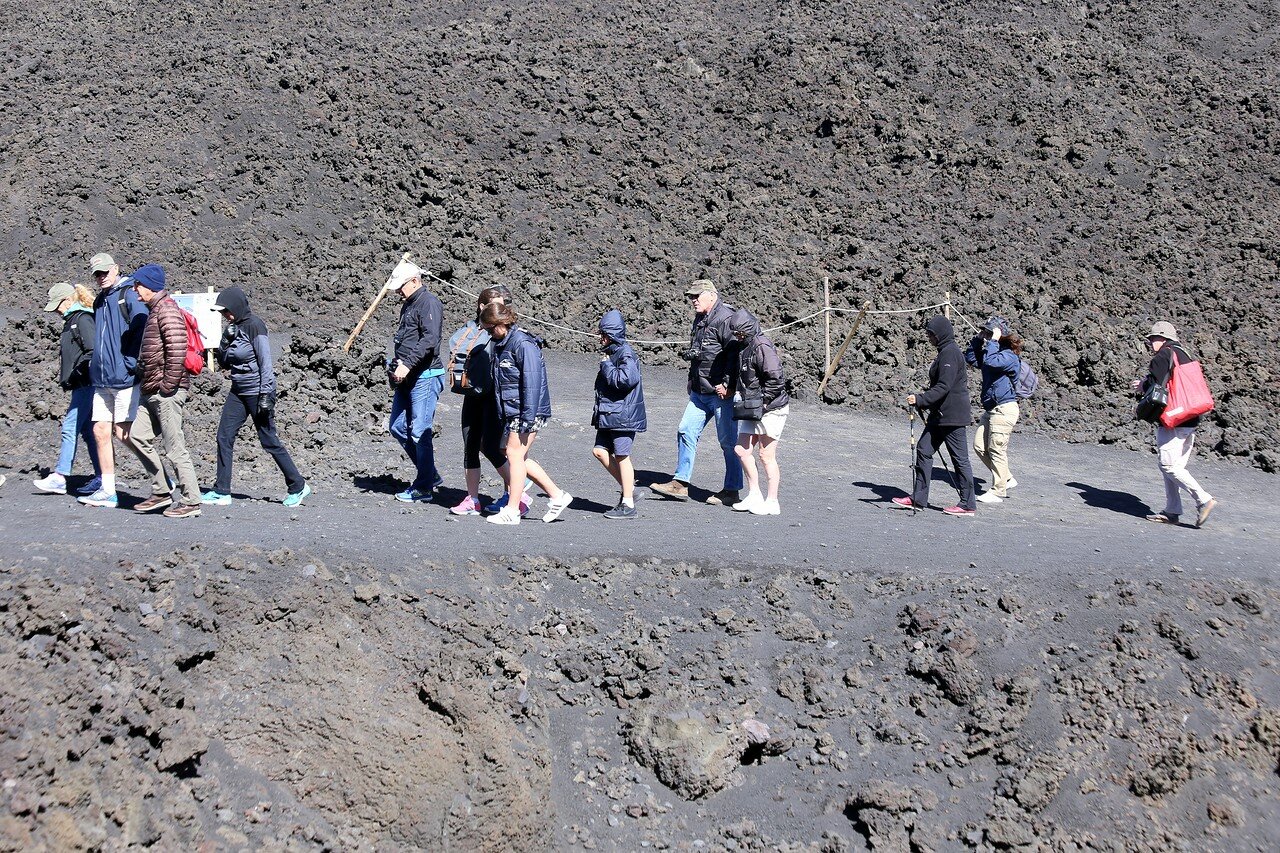