The Sicilian cart (locally called carettu) is a two-wheeled structure for transporting goods and was widely used on the on the island from the beginning of the nineteenth century to the middle of the twentieth century. In connection with the automobile industry, carts have long lost their importance, and the art of making them was threatened with extinction. However, with the growth of interest in Sicily from tourists, carts have survived their rebirth and are now a subject of applied art and a mandatory component of the local color. 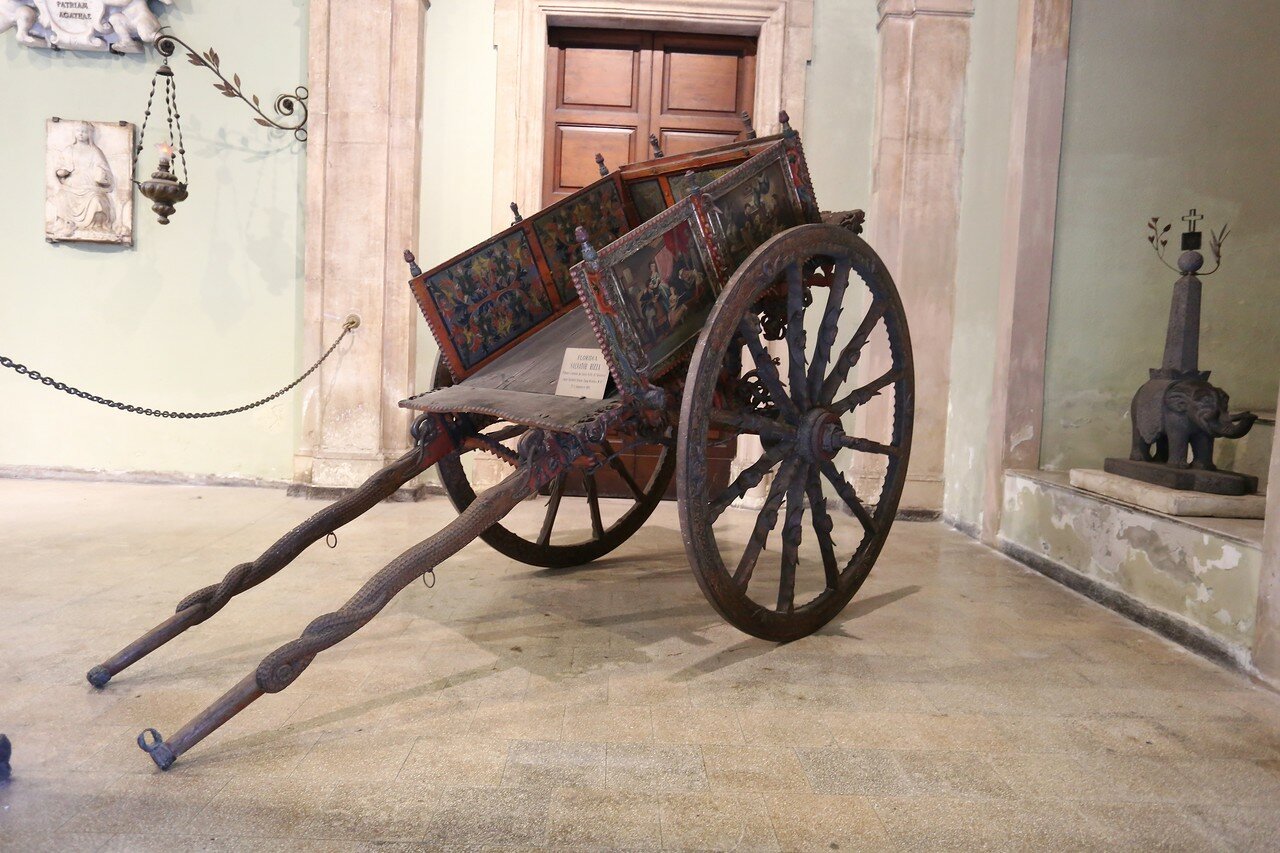 The first mention of the Sicilian cart dates back to 1833, it was left by the French writer Jean Baptiste Gonzalve de Nervo, who in 1833 spent a month on the island. This is the first of the travelers who noted the remarkable decoration of local vehicles, "on the sides of which biblical scenes are depicted in bright colors." 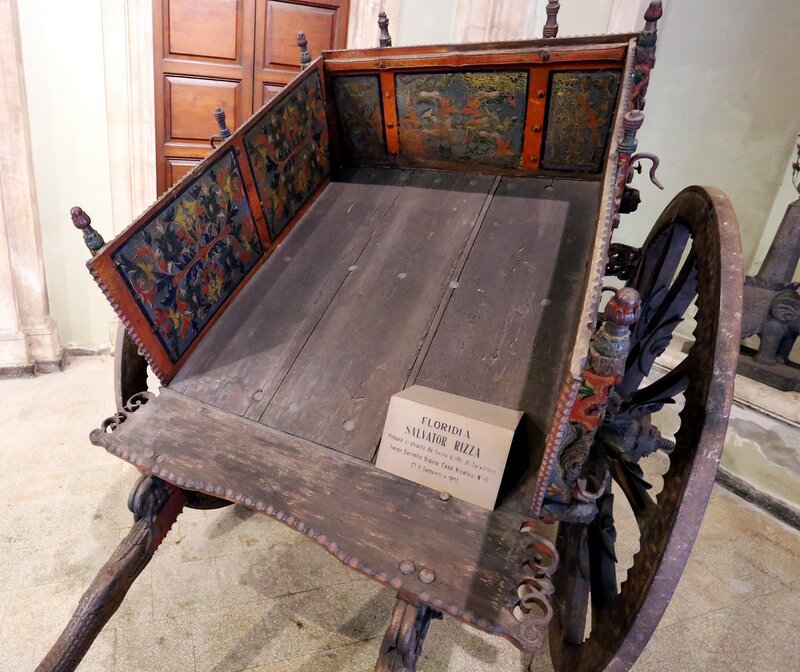 Another description comes from the geographer Jacques Elise reclu, also a Frenchman who visited Sicily in 1865 to observe the Etna eruption: "in Catania, carts and carts are not like in France, simple wooden structures, and represent real works of art. Each of the sides in the cart is divided into two halves, forming two pictures. Yellow-gold and bright red colors dominate these paintings. For the most part, they depict religious scenes, stories from the life of Jesus or the virgin, as well as the most revered saints in Sicily: Giovanni Battista, Rosalia or Agata." 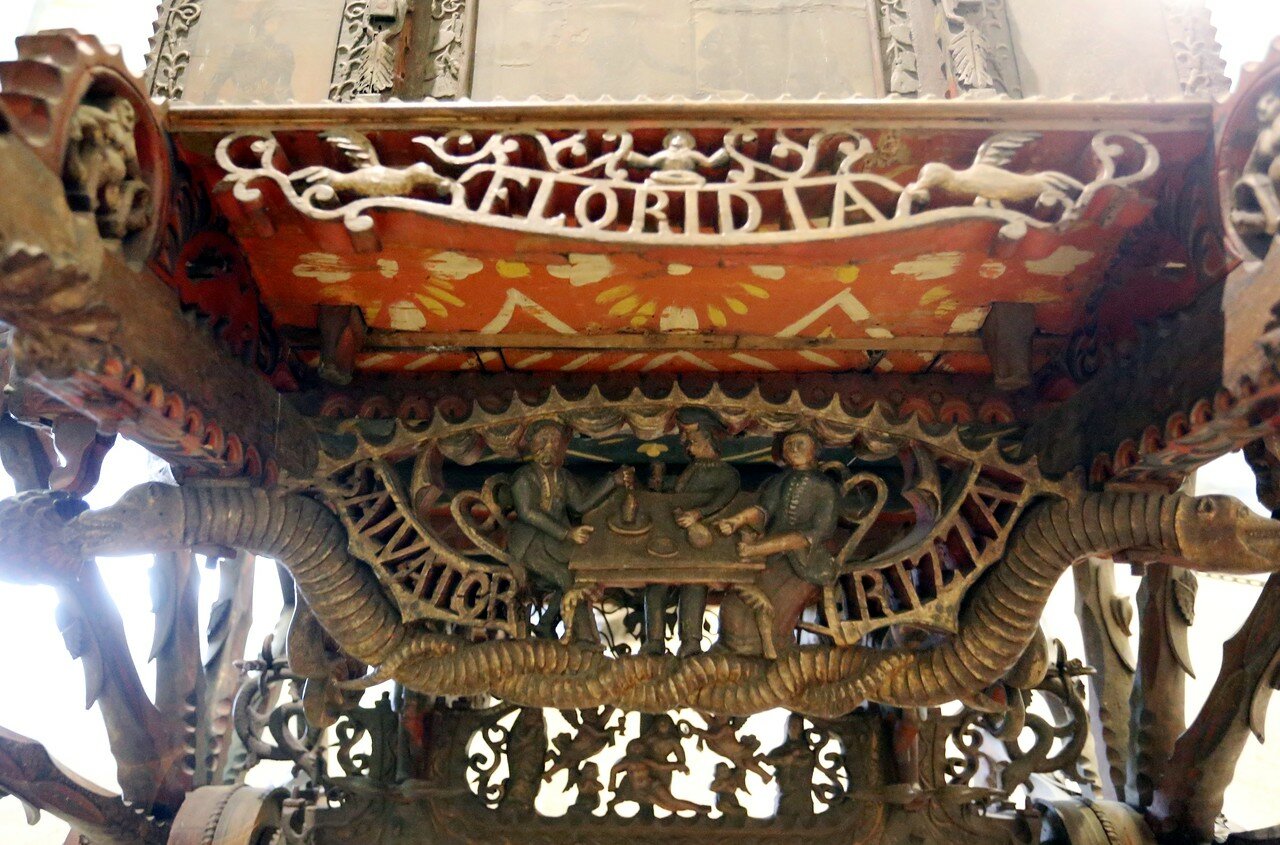 When another Frenchman, this time the well-known guy de Maupassant, landed in Palermo in the spring of 1885, the first thing that struck him were the carts that he called "the traveling puzzle." "These carts, small square boxes perched high on yellow ones they are decorated with simple and at the same time very bright paintings depicting scenes from the life of saints, historical events, portraits monarchs, battle scenes - mainly the battles of Napoleon I and the Crusades. Not only the sides are carved and painted, but also the shafts, and even the rims and spokes of the wheels. A horse harnessed to a cart must carry a large feather on its head or in place of the saddle. These colorful carriages, fun and different, move through the streets, attracting the eye and mind, they go like a puzzle that you want to solve." 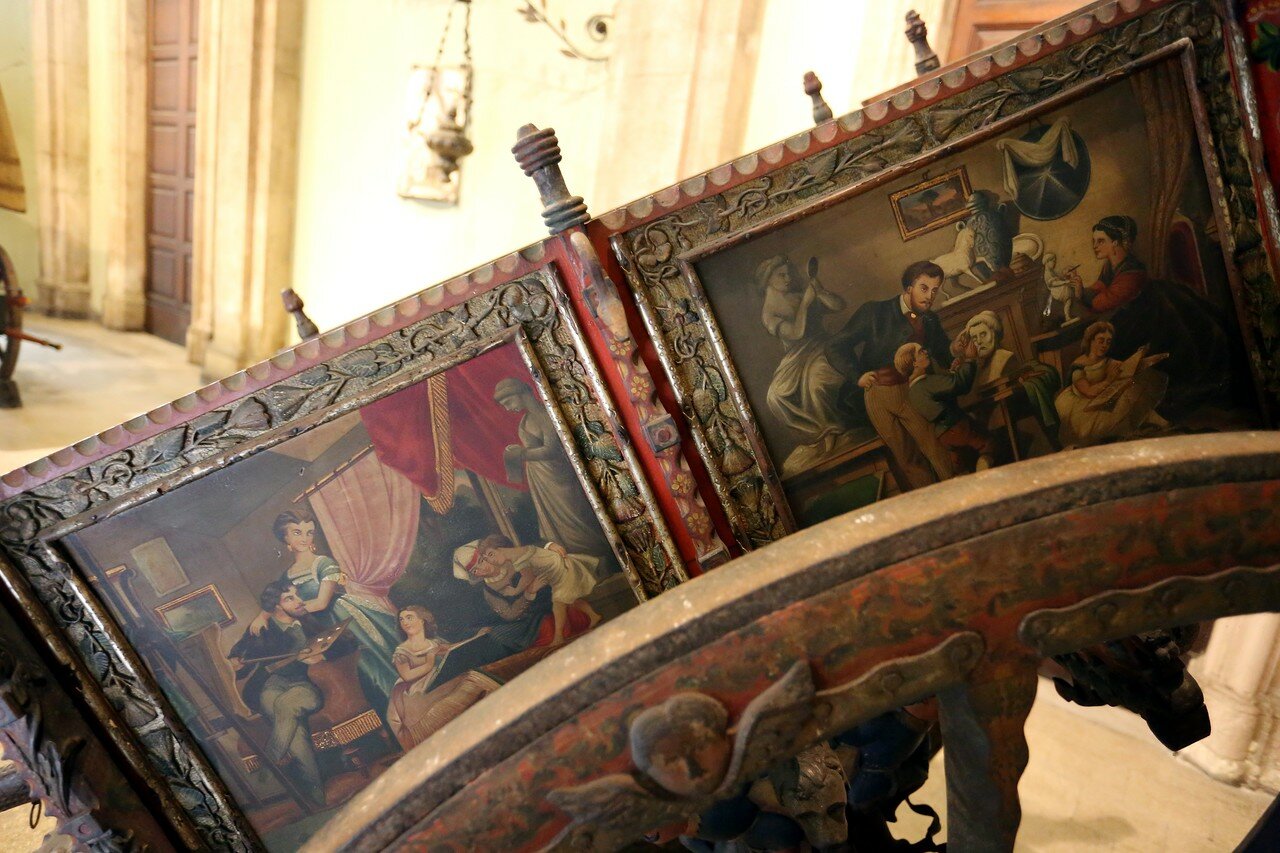 .The history of the Sicilian national carriage is not as ancient as it might seem - they only appeared in the early beginning of the nineteenth century. The fact is that until the end of the 18th century, there were no roads in Sicily, all trade and transportation went by sea, and on land used pack animals. In the field, for the transportation of wheat, carts on horse-drawn runners were used, but the wheel was not used in transport in Sicily. 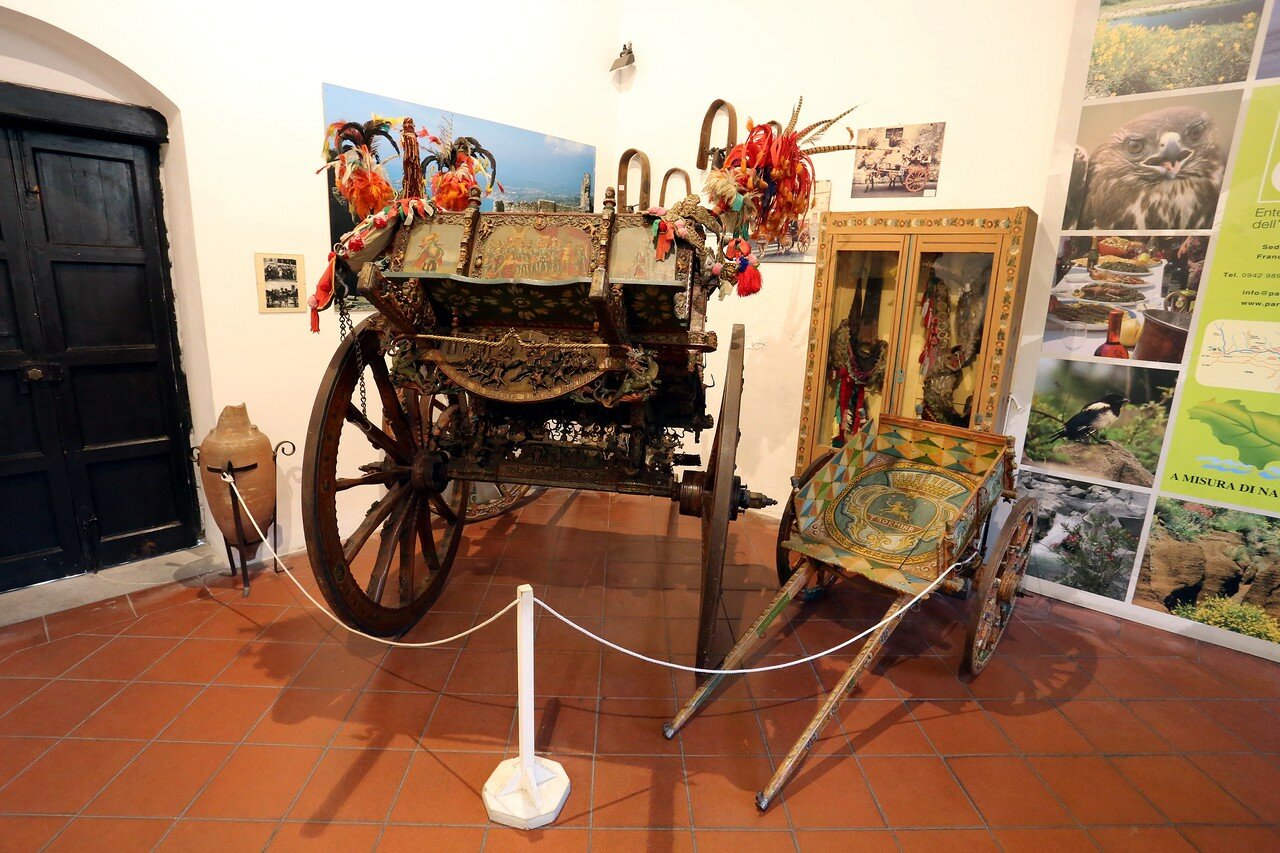 Although history has confirmed that the wheel on the island was known from ancient times. As an example, the deep ruts of the Greek road leading to the temple of Hercules in Agrigento, as well as the story of a certain Dantofilo from Enna, who crossed the island on low four-wheeled carts in the second century BC. In the heyday of the Roman Empire, a network of capital roads was established on the island to transport wheat to ports on the coast, but after its collapse, they fell into complete decline. 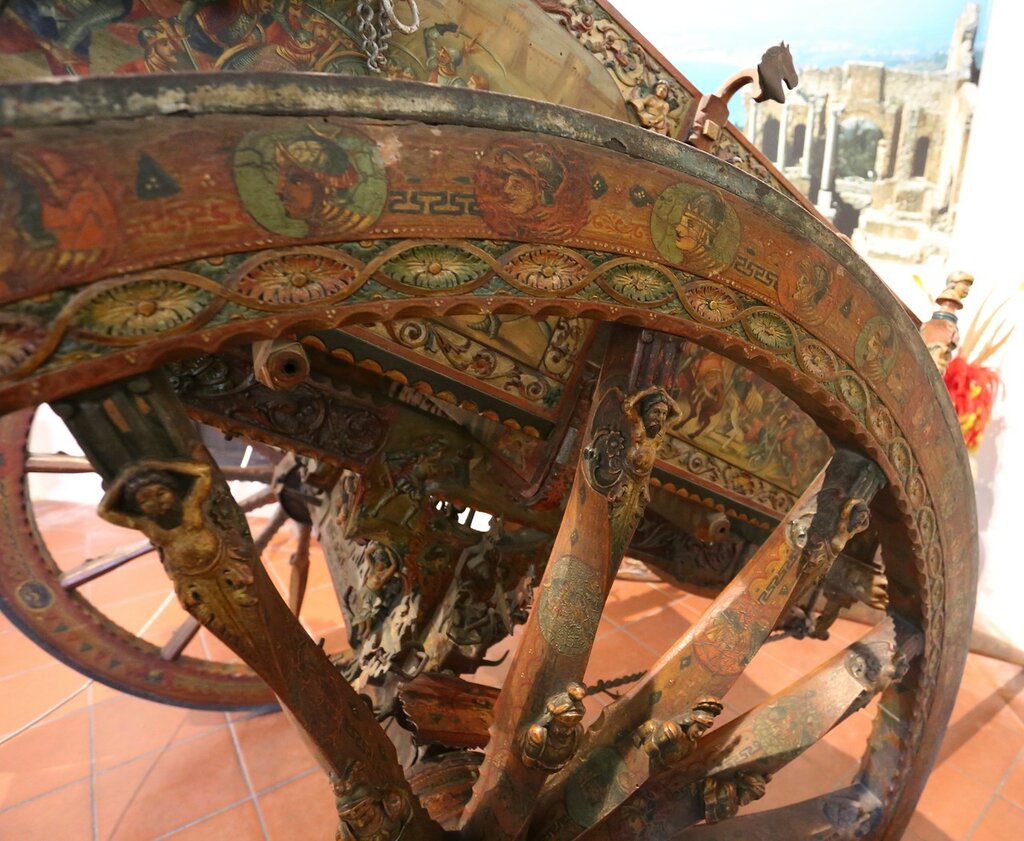 Only in 1778 did the Sicilian Parliament approve a special budget line of 24,000 crowns for the construction of roads. Construction peak roads fell under the rule of the Bourbons, during this period there were highways, the so-called Regi trazzere, "Royal routes", designed not for the development of the economy, but for the rapid transfer of troops. 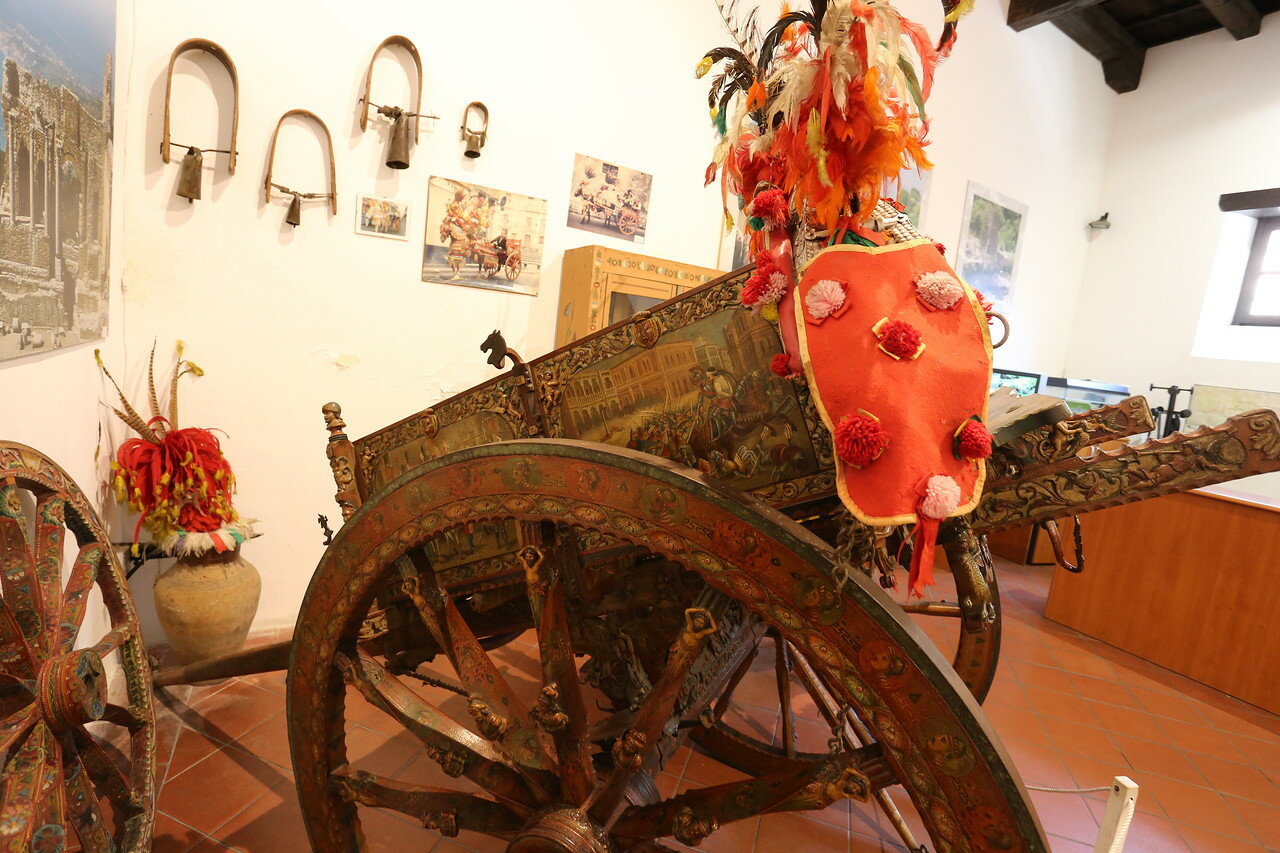 The first "Royal highway" was laid from Palermo to Messina, the road profile following the natural terrain, it was full of steep slopes and sharp turns, crossed landslide zones, rockfalls and riverbeds. For these routes, a wagon with very large wheels was created, capable of overcoming obstacles "trazzere". 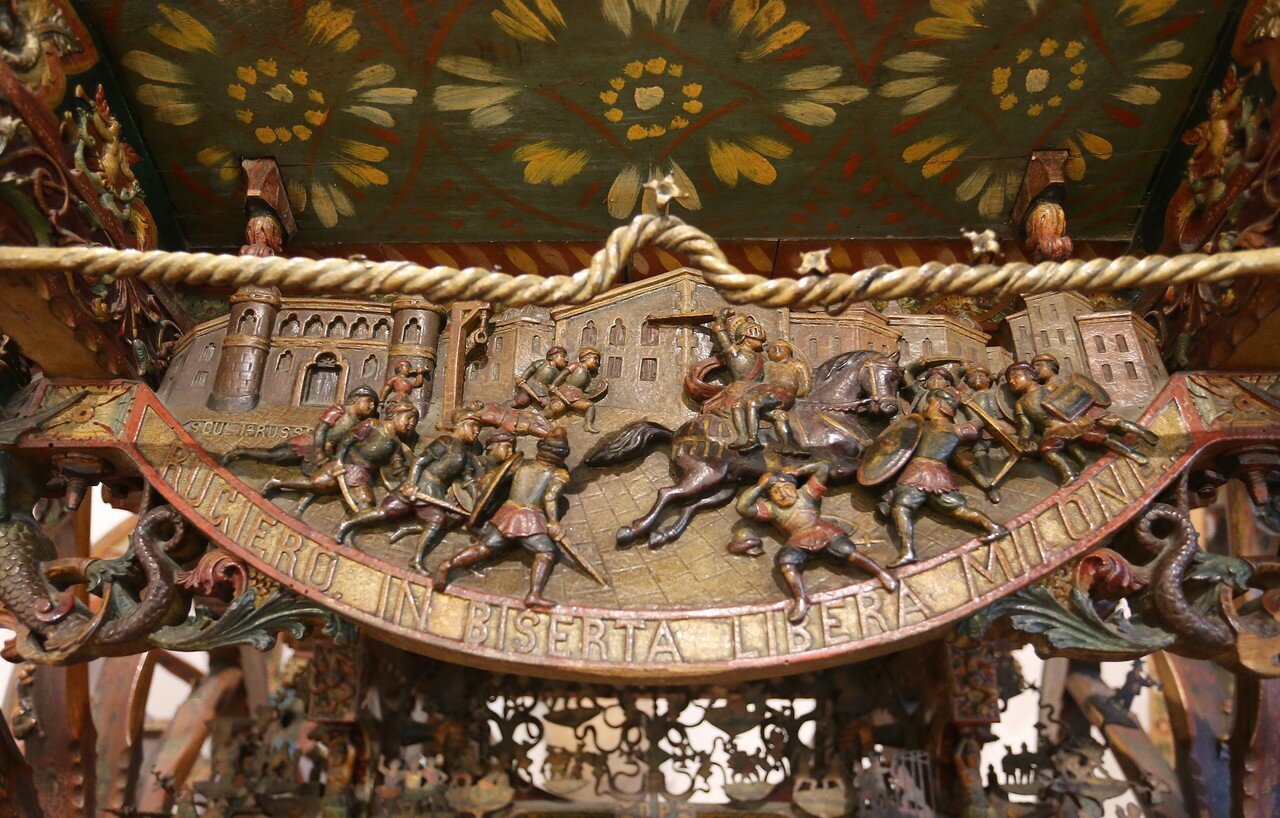 Farmers quickly appreciated the convenience of moving goods with the help of wheeled carts, and folk artists and artisans began to attach importance to each the vehicle has its own unique appearance, while maintaining, however, the unity of style and color scheme. Carts carried sacks of grain and legumes, citrus fruits, almonds, and wine barrels. 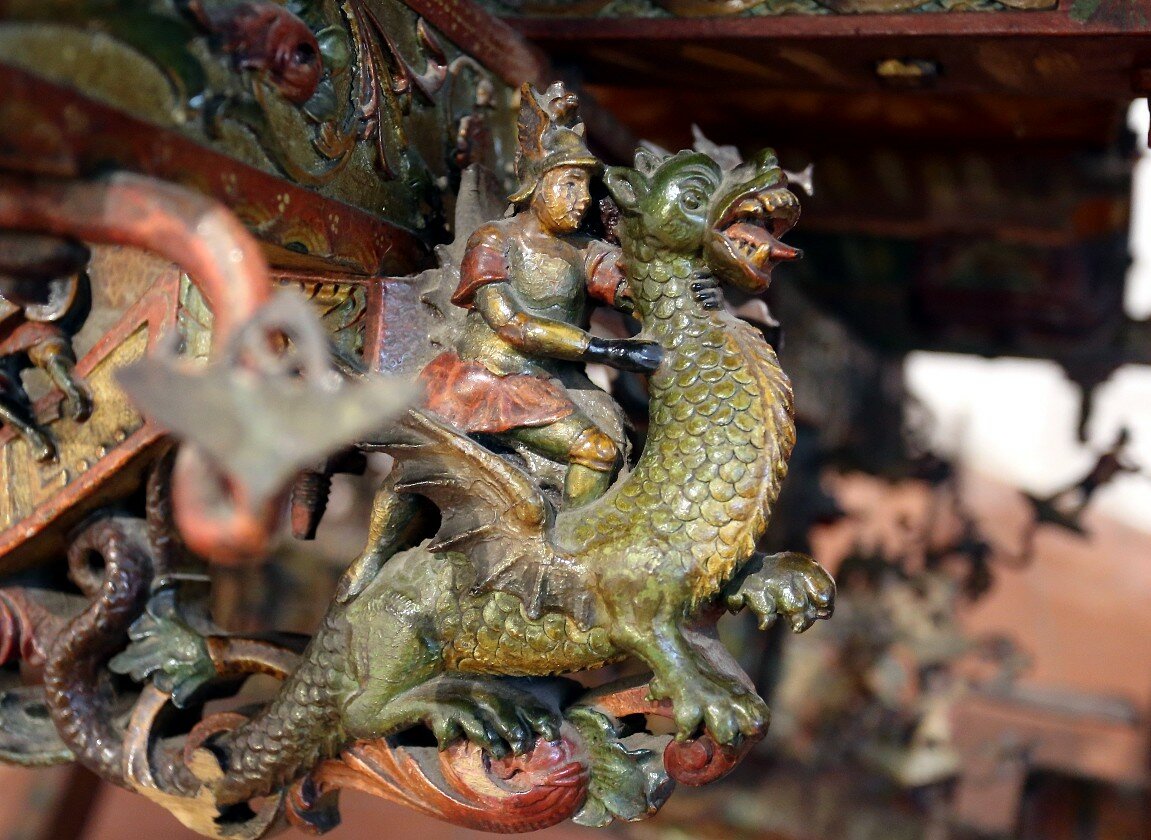 The Sicilian cart is a small but" high-tech " vehicle. The design uses several types wood - for running gear oak, carved ornaments walnut and beech. Religious subjects on the sides, in addition to decorative ones, also had a protective function - it was believed that they warded off misfortune. In addition to the biblical theme, the sides of the carts belonging to merchants were painted with a kind of advertising - images of goods and products that attract the attention of customers. In different regions of Sicily, the design and decoration have some differences - and Palermo carts are trapezoidal and they are decorated with geometric ornaments on a yellow background. In Catania, the cargo platform is rectangular and the background is red. 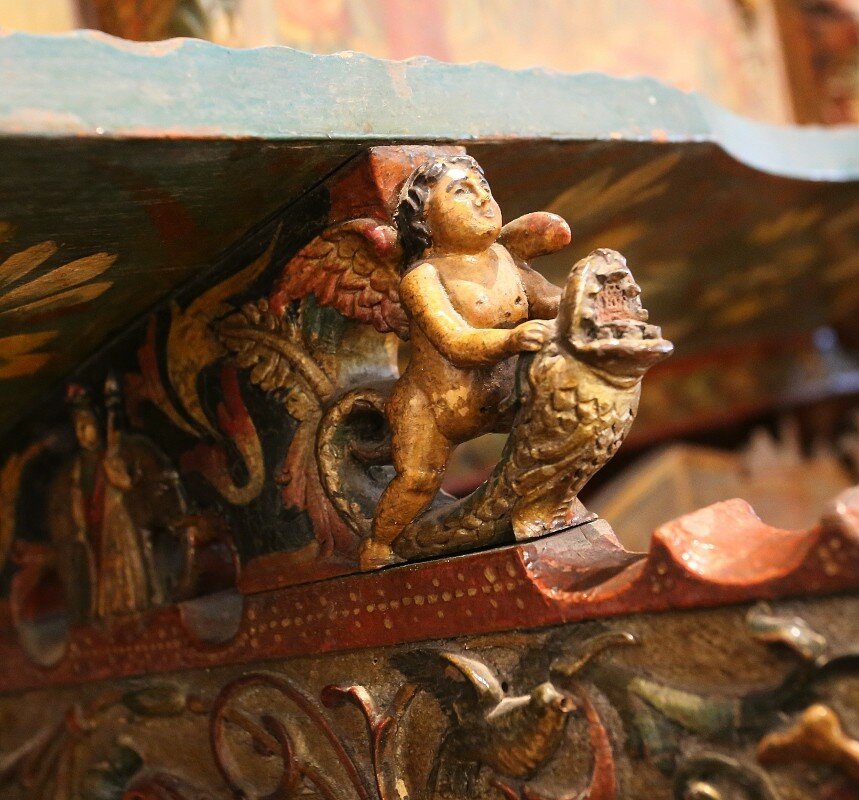